The HP Elitebook 2760p convertible notebook features a quick-start option called HP QuickWeb. It’s a rebrand of the Splashtop “instant-on” OS, which is itself based on Chromium OS. It’s a nice option, but I’m not sure it delivers on all its supposed benefits.

For iOS-friendly downloads, click here for SD and here for 720p HD.

As the name implies, HP QuickWeb is intended to be a quick way of getting to the Internet. Compared to cold booting Windows, it certainly has the advantage here, launching in 10-15 seconds (in my testing) compared to nearly 45 seconds for Windows to reach operational level without using login security (shows desktop in 30, plus another 10-15 until it can accept input). Add in the time to connect to a network and launch a browser, and the 2760p easily takes a minute to reach the web through Windows 7. 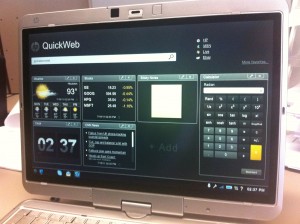 But that’s from a cold start. The 2760p only takes a couple seconds to resume from sleep to either Windows (without login security) or HP QuickWeb. On this front, HP QuickWeb offers no advantage. The system can go to sleep while in QuickWeb and is faster here, taking a second or two compared to up to ten in Windows.

However, QuickWeb is specifically designed for access from a completely powered-off state. It can only be launched when Windows is off or in hibernation using a side button, which serves double-duty as a dedicated web browser button (works in both Windows and QuickWeb for this purpose). Thus, if you use sleep in Windows, you can’t use QuickWeb anyway.

QuickWeb launches to a home screen of widgets. Default includes an Internet search bar at the top; shortcuts to HP, MSN, Windows Live, and eBay; widgets for weather, stocks, notes, clock, CNN news ticker, and calculator. There is an open space to add another widget, such as other news tickers or Twitter. There are eight spaces available for widgets, though some, such as the calculator and Twitter, take two vertical spaces. The bottom bar includes a power icon with a “Go to Windows” option; button to return to the home screen; icons for Skype, mail, and the web browser; status icons for Wi-Fi and power; and a clock. 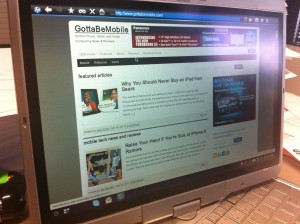 In addition to the home widgets, HP QuickWeb offers separate applications for Skype, web browsing and email. The Skype app includes video chat functionality via the webcam and dual mics. The email client includes calendar and tasks. The web browser is based on Chrome (the OS itself is Chromium-based) and includes Adobe Flash. 720p YouTube videos played smoothly.

HP QuickWeb offers two power modes: Optimized and Presentation. “Optimized” is the default mode, shutting display and going to sleep after set periods of disuse. “Presentation” is an always-on mode to keep the system from turning off during presentations or while watching movies. Being a lighter OS, it should offer greater battery life than Windows 7. “Should” being the operative word.

In reality, battery life was not appreciably better under QuickWeb than Windows. Running it in Presentation mode with both the standard and slim second battery installed, it ran about eight hours before hitting the 5% mark (warnings at 10% and 13%). Screen was set to 40% brightness, same as my test of the Windows side. Wi-Fi was on and activity included intermittent web surfing and web videos. That compares to about 7.5 hours in Windows 7 with similar activity. One major difference is that processor state in the Windows test was limited to 50%, while there was no similar option in QuickWeb. However, no tasks performed in QuickWeb would be considered processor-intensive. In addition, the system estimate of available battery life was fluid and highly inaccurate. 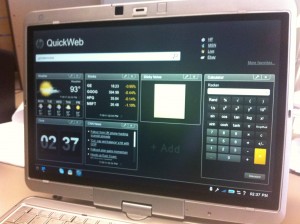 HP QuickWeb appears intended for use in notebook mode only. The lack of an on-screen keyboard limits text input to the physical keyboard. Pen and touch work fine on the screen for cursor control with press-and-hold for right-click. In addition, two-finger input for scrolling and pinch-to-zoom are both recognized. Neither of these features work as smoothly as they do on mobile devices, nor even as well as Windows 7. They require an extra bit of patience and control to use effectively, but they are available if you would prefer to touch the screen to zoom or scroll. The physical tablet controls in slate mode, including jog dial and screen rotation, were non-responsive.

The 2760p offers advanced security measures, including combination facial recognition + Bluetooth login access (i.e., face + phone). However, that’s only on the Windows side. None of that works on the QuickWeb side, not even login password. QuickWeb access to Windows-side files seems limited to the shared folders, so anything not shared is still locked away. Furthermore, access to Windows-side files is completely blocked when Windows is in hibernate.

Otherwise, the only security in QuickWeb is the option to limit file access to read-only. As far as I can tell, data on the QuickWeb side, such as your Twitter, email, and Skype accounts and any bookmarked websites, can be fully accessed. If you don’t use login security, no worries here. But if you’re security-conscious, I would treat QuickWeb as guest access only and not use it (or use it if you want quick no-login Internet access). If you’re paranoid about security, you might want to uninstall it entirely.

Hoping for a webOS update

Ultimately I don’t think QuickWeb adds enough value to be worthwhile for this level of notebook. Probably great for netbooks and other consumer-level notebooks, but the 2760p is a business class machine whose users are likely to use sleep mode and login security regularly. For time-saving, it offers a negligible advantage over Windows sleep (and can’t even be accessed while Windows is in sleep mode). As for security, well, there isn’t much.

To me, the worst part is the lack of tablet functionality on what could be a tablet-friendly interface. It’s clean and simple and could work really well if fully tweaked for touch input. One exciting possibility I see is for QuickWeb to be replaced by some variant of webOS. If HP wants webOS throughout their product line, this is the place to start for notebooks. 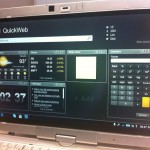 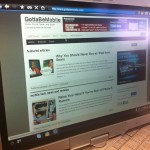 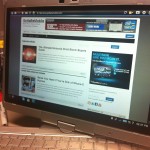 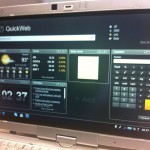 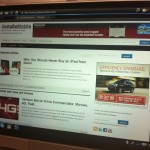