After posting a GBM Shortcut demonstrating FastFinga’s features, I was prompted by Dan Bricklin via Twitter to check out his Note Taker HD app for the iPad. I’ve been using Note Taker HD for about a week, and I can honestly say that it is the best note taking experience I have found thus far on the iPad. There is still room for improvement, but the simple and intuitive design of the app allows me to easily capture notes on the fly. Check out the video below to see Note Taker HD in action.

Below is a sample note that I composed with Note Taker HD. I switched between a Pogo Sketch Stylus and my finger to input letters. You can see that I alternated between print and cursive to see how that impacted the inking experience. Click the image below to see full detail and quality. 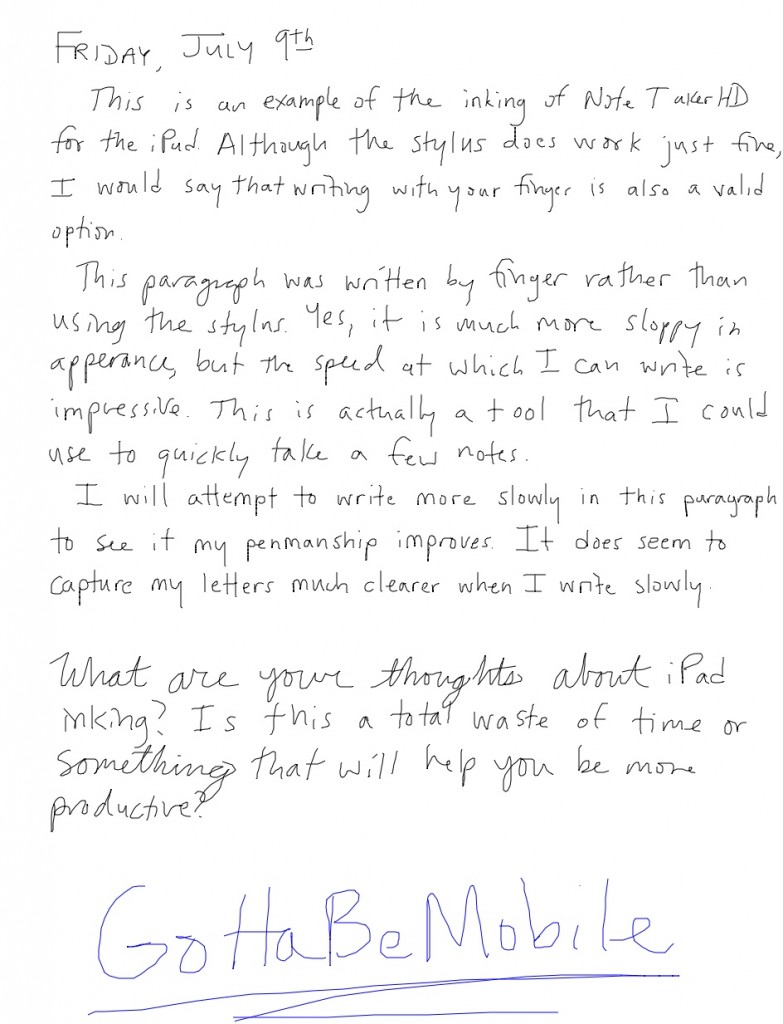 Note Taker HD features handy VGA out, colored pens, and various sharing options. You shouldn’t take my word for it that Note Taker HD is a truly helpful app. Apple’s App Store has a lot of positive reviews such as the following from one happy purchaser,

“I almost gave up hope in finding an inking app for note taking. That is, until I stumbled upon Note Taker. I saw the video and thought that it was too good to be true…As a professor, I find this the best note taking app by far.”

What are your thoughts about these note taking apps for the iPad? A waste of time or useful tools that help you be more productive? Hit up the comments to share your impressions. More information, screenshots, and tutorial videos can be obtained by visiting the official Note Taker HD site.