Ahead release day tomorrow, Gears of War Ultimate Edition reviews are finally starting to trickle in. Surprisingly, many of these reviews aren’t overwhelming favorable thanks to Microsoft not providing real-world multiplayer access. 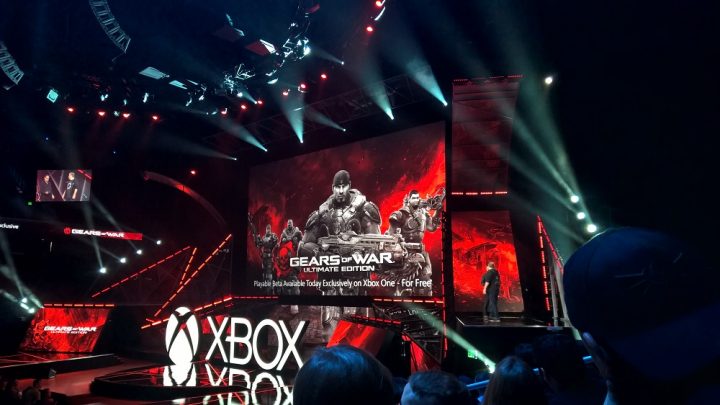 Matt Miller of Game Informer reveals that a Gears of War Ultimate Edition review from his outlet is just in the works. Miller cites, not having hands-on time with skill-based multiplayer and dedicated servers as the reason the outlet is holding off on posting its review and impressions. That makes sense, in recent years a number of games have gotten good review scores from media outlets before launching with complete broken single player and multiplayer experiences. Gears of War Ultimate Edition has two new modes that weren’t in its original release: King of the Hill and Team DeathMatch. The outlet plans to post their review later in the week.

IGN is holding off on providing a final score, but did publish their Gears of War Ultimate Edition review. The outlet found that the tone of Gears of War isn’t disturbed by the upgrades made to the campaign from the original game and the multiplayer experience. “Its 20 maps keep the game from feeling stagnant, and offer a variety of paths to outsmart enemies,” the review says. Reviewer, Brian Albert loves the remastered, bloody war between the Locust and the game’s protagonists.

In Gears of War, Earth is on the brink of destruction. Surprisingly, this foe isn’t from a different area of the galaxy. Instead, the Locust have risen from the Earth itself, ready to destroy any human who stands in their way. Xbox One owners play as Marcus Fenix, a criminal who has no problem killing anything and everything in sight if he needs too. He and his squad or an unstoppable force of violence, killing any alien they can find with the game’s brutal weapons. Gears of War is a third-person shooter, letting players see themselves within the levels they are playing.