The PS4 release date is this Friday and the Xbox One a week later, and for shoppers who have money to burn or no clue how to connect cables, Best Buy’s Geek Squad will help you out.

The Geek Squad Gaming Setup Service is available for $99 at your house or $29.99 in store and will get the PS4 or Xbox One out of the box and ready to game.

Read: Xbox One vs PS4 Games

Here’s a quick look at the Geek Squad In Home Gaming Setup includes for the cost of almost tow Xbox One or PS4 Games.

If you opt for the in home gaming setup service from Geek Squad the setup includes hooking up the PS4 or Xbox One to a TV and the network setup If you opt for in store you won’t be able to get the complete setup, but they will handle installing the day one update for you. 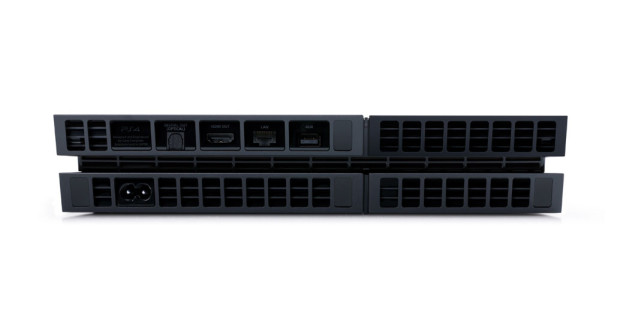 Plug the included cords into the only ports they fit on your PS4 and HDTV to get setup without paying Geek Squad.

If this sounds like a ripoff, keep in mind that four short years ago Geek Squad charged $129 to set up a PS3. With a $30 discount on the PS4 installation it’s practically charity.

With the PS4 release date still a few days out we’ve yet to see signs at a local Best Buy, but the Geek Squad service still offers this option online with a quick call to schedule an appointment on the page. When the release dates arrive, it would not be surprising to see Best Buy’s Geek Squad set up signs advertising the service. 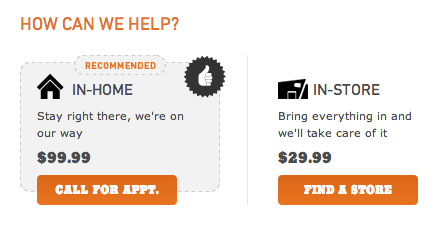 For $99 Geek Squad will connect your PS4 to a TV and to power!

How easy is setting up the PS4 or Xbox One? Well, in most cases this is the process you have to look forward to.

If you don’t know how to do this, and the Xbox One or PS4 is a gift, the recipient can probably hook this up. Alternately a neighbor, niece or nephew can probably do it for free or for a small gift card.

The Geek Squad In Home Gaming Setup service is really geared at users who have no clue about where HDMI cables go, what WiFi passwords are just wants the system installed and ready for his or her kids to use. $99 is expensive, especially for a five step process, so before you buy you may want to ask a friend for help.