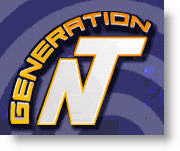 I picked this up from Layne Heiny at UMPCBUZZ.com . The french site, GenerationNT has done a nice report on UMPC’s and Origami. Titled, “Presentation of Origami de Microsoft vis-a-vis the UMPC“, This is a nice synopsis of where things stand today in this new arena, with a bit of reflection on the history that got us here. The original report page is in french, but the english translated version can be accessed via this Google translator link, here. Here is a snippet of the conclusion (roughly translated):

Conclusion: what the professionals think

Apparently, only which believes hard as iron with the concept are the manufacturers of the first models and Microsoft itself. Even the commercial ones of INTEL are evasive on this subject and never communicate price range. The concept is a hooker he is true but many doubts remain on the positioning of the machine: for which it is intended? Which market does it aim?

These questions would find answers quickly if the machines – as unquestionable it claim – were proposed to $500 (and even in a fork $500-$800). But it is not the case; these machines will be proposed with the low word with 1100 euros without option and that leads them to compete with (in the head of people) the portables first price, equipped with better screens, better performances and a keyboard.

One can imagine these manufacturers to compete with Archos and its monstrous PMP (for example the AV700) but this one is nevertheless much less expensive (whereas it is already proposed at a prohibitive price). In short, even if everyone agrees to saying that the prices will drop quickly, it is illusory to think that they will arrive at $500 in 2007. That points out the flop resounding of the SmartDisplays screens promoted by Microsoft: promised to $500, they left between 1100 and 2000 (! and were thus quickly withdrawn from the market. In conclusion, the product has beautiful good being, if the price is too high, it does not touch its target… And that, it is to be wondered whether the partners of Microsoft did not forget it.

In same time, the cabinets of analysts as Gartner scoff autonomy, 3 hours approximately, insufficient to hope to compete with the PDA. For them, the product misses maturity and it will be necessary to await one second even third generation to have a product approaching maturity. It is not the market which is not ready but the manufacturers and technology.

Our thanks and congratulations to GenerationNT for a nice effort! If anyone can produce a better translated version, let us know!