It looks like due to an inventory shortage of Apple’s 16 GB white iPhone 4 models for warranty replacement and exchange, Apple is advising its Genius Bar staff at select locations to replace defective affected units with a comparable 16 GB white iPhone 4S model. The swap essentially gives users an upgrade to their current phone that’s defective with a refurbished phone that’s this year’s model, upgrading their processor from an A4 single-core CPU to a dual-core A5 processor, giving them access to the Siri voice assistant utility, and also upping the camera resolution from a 5-megapixel shooter on the iPhone 4 to an 8-megapixel camera with better optics on the iPhone 4S. 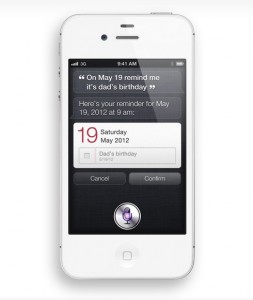 According to 9to5 Mac, the shortage is affecting select Apple stores in the United States and Canada, and at this time it’s unclear if other regions will be advised to give customers the upgrade due to shortages of refurbished white iPhone 4 models in the 16 GB capacity for warranty exchanges.

Usually, with defective iPhone models, if Apple determines there to be a problem, they will swap out a customer’s phone with another refurbished model of the same type as the phone that was purchased. This essentially does the same, but gives affected customers a ‘free’ upgrade to a newer model that’s a refurbished unit.

At this point, it’s unclear what the reason for the shortage is for the 16 GB white iPhone 4 model. Perhaps, Apple is trying to clear out refurbished iPhone 4 inventories and is focusing on iPhone 4S inventory in advance of a rumored iPhone 5 launch this October.