OS X Mavericks was just released, and tons of Mac users are flocking to the Mac App Store to download the latest version of OS X, especially since it’s free now. However, as with any new piece of software, it’s not compatible with everything. For example, Logitech’s software for its peripherals don’t yet have full support for OS X Mavericks, but fortunately, you can get it to work.

Logitech’s Mac software comes in the form of what it calls Control Center, a utility that’s used to configure your Logitech mice and keyboard. Seeing as how Logitech is one of the most popular peripheral manufacturers around, we’re guessing a lot of Mavericks users are using Logitech equipment, but they’ll soon come to find out that Control Center doesn’t install on Mavericks. Here’s how to fix that. 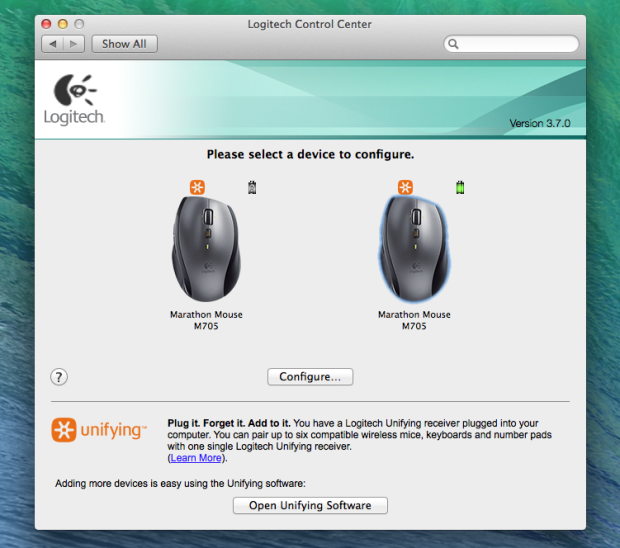 When downloading the Logitech Control Center software and installing it, you’ll get an error that says the software isn’t compatible with your OS X version, and it’ll fail to install. However, there’s a neat little loophole that allows you to install the Logitech software on Mavericks.

Instead of double-clicking on the installer that you downloaded from Logitech’s website, just right-click on it and select Show Package Contents. This will open up a window with several files inside. Find the file that’s labeled LogitechControlCenter.mpkg and double click it to install the software. It should install without a problem.

After it’s installed, open up the Settings app and an icon for Logitech’s Control Center should show up down at the bottom. Click on that to open it up and configure your Logitech devices. It’s done! 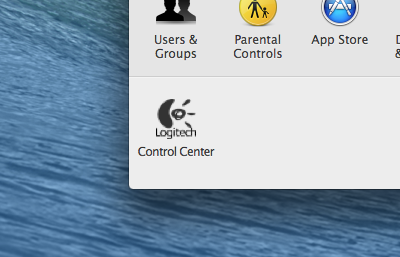 We’re not sure why this works, and Logitech’s website doesn’t that it’s compatible with OS X Mavericks (only OS X 10.6.x through 10.8.x), but either way, this workaround works like a charm, and you can continue to use your Logitech peripherals without a problem. We’re also not sure when Logitech will begin officially supporting OS X Mavericks, but hopefully it shouldn’t be too long until we see full support.