Getting Up Close With the Dell Mini-Note, Coming By August 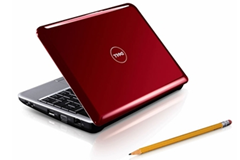 Looks like Dell had press event in Austin and unfurled much more about the Dell Mini-Note that caused quite a storm at the D6 conference last week.

Here is what APC Mag is reporting on what Dell was showing off at the press event:

Head over to APCMag to learn more.