It’s the games and apps that people who own consoles care about the most. No exclusive game on Microsoft’s console gets people more excited than Halo 5: Guardians. Video game developer 343 Industries released the title last year for Xbox One. Since then, a steady stream of Halo 5 updates has kept players happy with new content, game features and extras.

The next of these Halo 5 updates is called Ghosts of Meridian. It’s available today. Here’s what you need to know about Ghosts of Meridian, whether you picked up the game recently, or have had it since launch back in October. 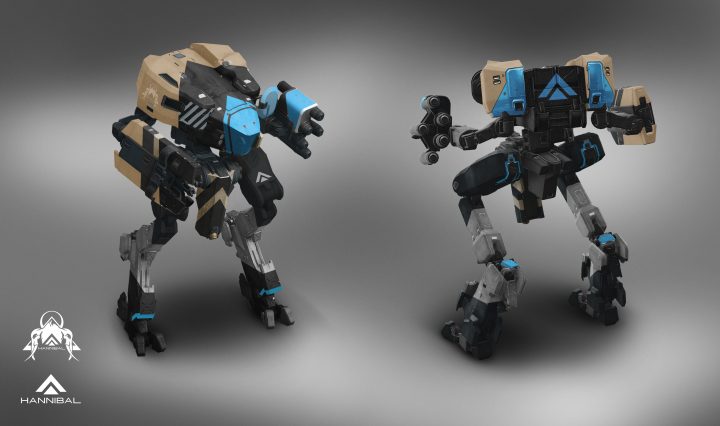 The Ghosts of Meridian Release Date

Typically, 343 Industries rolls out updates to Halo 5: Guardians at the end of the month. It’s because of this that outlets and the community at large have been able to accurately predict when an update might arrive.

To keep the community together, 343 Industries has always maintained that every Halo 5 update will be free for every Xbox One owner to download. Ghosts of Meridian is free for everyone to download that has a high-speed internet connection. Instead of making new updates available in content packs from the Xbox Store, Halo 5: Guardians gets title updates that are mandatory when starting the game with a connection to Xbox Live. Whenever Ghosts of Meridian arrives, it’ll download on its own to Xbox One consoles with the Always Connected Power Mode enabled.

The Ghosts of Meridian REQ Upgrades

Earlier this week 343 Industries provided its usual image containing all the different REQ Cards that Halo 5: Guardians can unlock for cosmetic and functional upgrades throughout the game. The update contains a little bit of something for everyone, including two new unlocks for those who’d like some fresher assassination animations than what’s available to them right now. 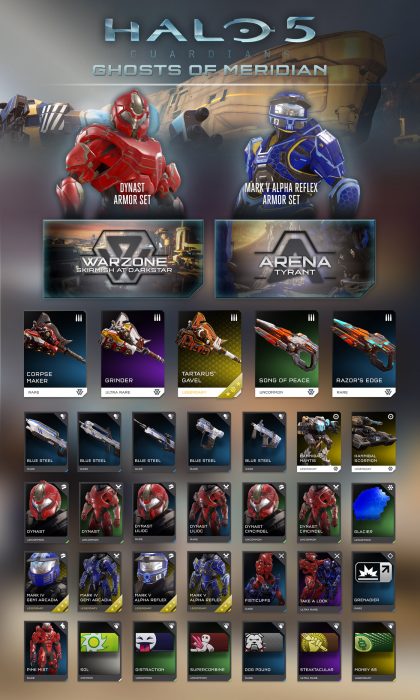 343 Industries constantly boosts the REQ Card and REQ Pack line-up to add new elements to the Warzone multiplayer. In fact, REQ Cards and REQ Packs are the reason players aren’t being charged for new maps and content. REQ Packs can be purchased with in-game currency, or real money at any time. They’re a key element of the Warzone experience.

The Ghosts of Meridian Map Updates

Often times, Halo 5 updates come stuffed with one or more new play areas. These new play areas are specific to a certain type of multiplayer within the game. One game mode, Arena is specifically designed to be the successor of traditional Halo multiplayer. Warzone is a huge battle simulation mode. Because Warzone can have more players, maps for it are big in playable spaces. When 343 Industries adds new maps to either mode, they usually have a theme that fits within the larger Halo universe. 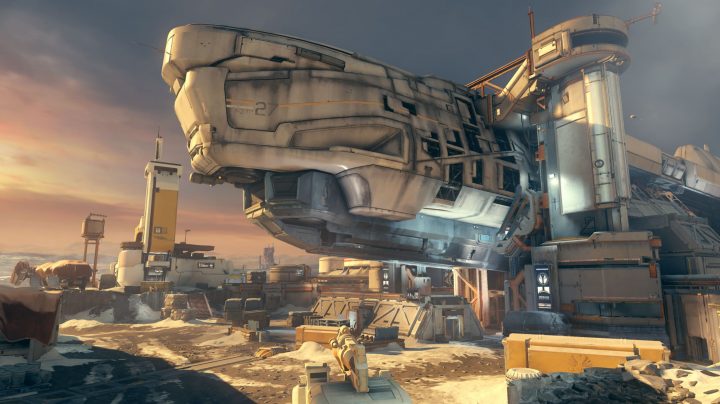 We know right now that the Ghosts of Meridian Halo 5 update isn’t any different in that regard. There are two maps included with this month’s upgrade: Skirmish at Darkstar and Tyrant.

The Skirmish at Darkstar map is set on a colonial world destroyed by humanity’s fight with The Covenant. The landscape of the map is mostly devoid of plants and animals, but the map makes up for that with a huge ship that sits in the middle. Skirmish at Darkstar was specifically created for Halo 5 Warzone. With that game mode in mind, 343 Industries says that it worked hard to deliver better sight lines, routs for flanking enemies and plenty of cover. 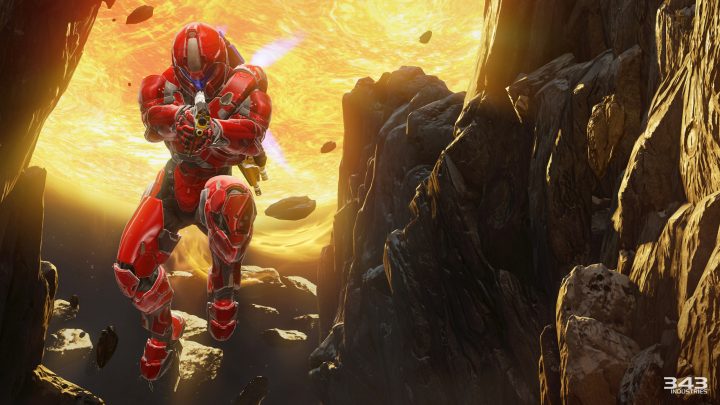 “I originally thought about having a space elevator in the concept, but we decided against it because there was already one in the campaign,” Senior Concept Artist Josh Kao says in the latest Community Update on Halo Waypoint.

Tyrant is an Arena Mode level that’s set in space. “The idea is a forerunner structure has been struck by an asteroid and caught in an asteroid belt. This is an establishing shot to show the exterior and establish mood and lighting. There was back and forth on the structure itself so I believe the final design is different from the concept,” says Sam Brown. A blazing star overlooks the entire battlefield in the newly released pictures of the map.

New sound effects and set pieces are included with the Ghosts of Meridian update. Those are great, but the center piece are new weather options for Forge Map makers. Forge Mode is the creative sandbox built-into the game.

For now, the only thing left to do is wait. The update isn’t tiny. As such, you’ll definitely want to factor the download in to any plans you have for the game tonight. Anyone that doesn’t have Always Connected power mode enabled on their Xbox One will need to download the upgrade manually the next time they open the game.