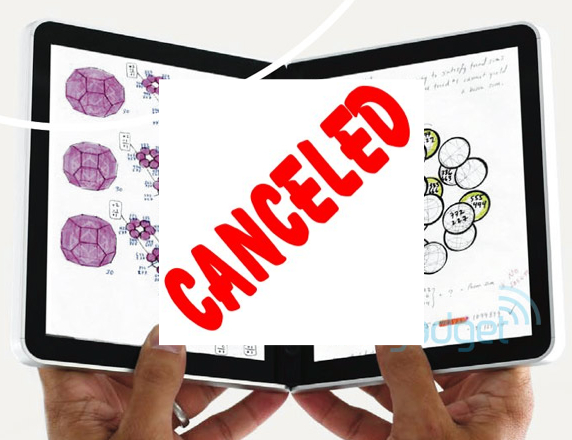 According to a Gizmodo report, Microsoft is canceling the Courier Tablet project. Gizmodo apparently confirmed the is with Microsoft as quoted below.

We contacted Microsoft, who confirmed that Courier will not go into production. Microsoft Corporate VP of Communications Frank Shaw told us:

At any given time, we’re looking at new ideas, investigating, testing, incubating them. It’s in our DNA to develop new form factors and natural user interfaces to foster productivity and creativity. The Courier project is an example of this type of effort. It will be evaluated for use in future offerings, but we have no plans to build such a device at this time.

This is going to come as a big disappointment to many here at GBM and Tablet lovers everywhere. The Microsoft Courier certainly looked like one heck of an innovative product in the concept videos we’ve all drooled over.

More as we get it.