It seems like quality Twitter clients for Windows Phone are popping up every day. There are already some high quality clients out there like Mehdoh, Carbon, and my favorite Rowi. The developers that brought us “…i’m a WP7!”, Liquid Daffodil, has recently released a pretty solid new Twitter client called glƏƏk! They tell us in the intro that it’s pronounced “Gl-uh-uh-ks” but let us know that we can pronounce it just how it looks, Gleek.

What makes this client different is an addition to the app that brings a new culture to Twitter. You have “Peeks”, which are random tweets from people you probably don’t even follow. As you are browsing through “Peeks”, you can “Gleek” a “Peek”. Basically, you have random tweets available for your viewing from people you probably don’t follow and you can retweet those random tweets. Peeks = Random Tweets. Gleeks = Retweets of Random Tweets aka “Peeks”.  Get it? Got it? Good. Took me 20 something minutes in the video to figure that out. If I would have read instead of just diving in, I could have mentioned that a lot sooner.

Here’s what Liquid Daffodi says about glƏƏk! on the Windows Phone Marketplace:

Get the coolest, fastest Twitter client available for Windows Phone!

glƏƏk! is the not only the most fully featured Twitter client on the Marketplace, but is also the ONLY app that will bring you random tweets (pƏƏks) from users around the world!

With glƏƏk! you get everything you’d expect from a full featured Twitter client including:

If you have time, here’s a painfully long video I shot last night while I was checking glƏƏk! out.

I was impressed with the amount of detail that the developers put into glƏƏk, but there are some things that would prevent me from using the app for my daily use. The fact that I can not change the text size is a big issue. With all the real estate that today’s larger smart phones are giving us, I want to see as much as I can on one screen. The “Gleeks” and “Peeks” are trivial to me, but you can disable this function. There are some neat features that aren’t common in other clients, but they are not enough to set them apart. Don’t get me wrong, this is a well done Twitter Client, but I don’t need to replace other clients I am already using with it. For $1.99, you can’t go wrong either way. 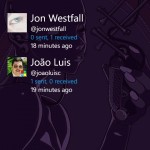 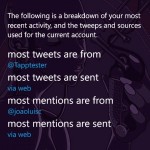 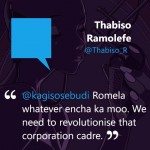 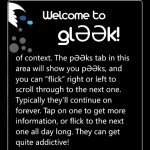 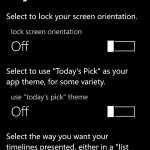 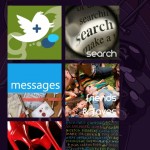 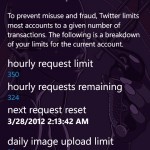 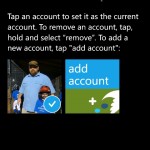 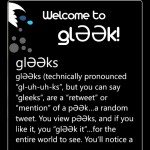 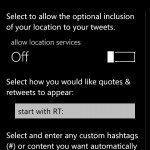 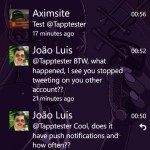 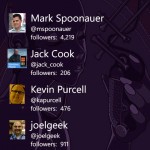 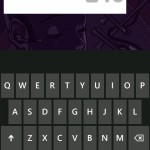 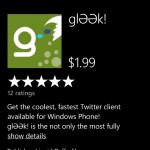 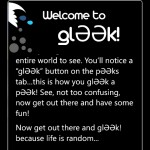 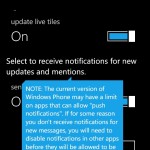 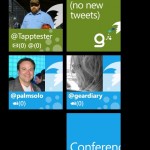 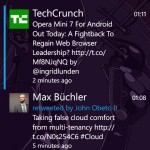 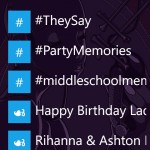 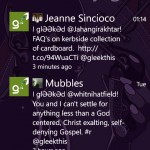 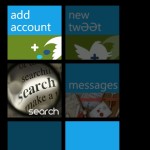 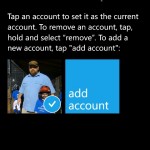 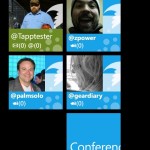 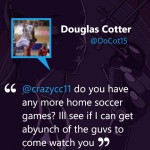 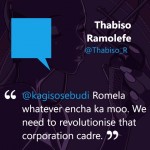 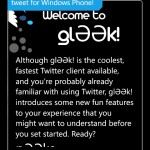 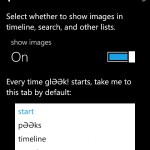