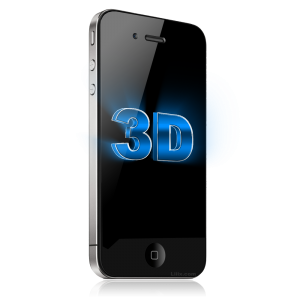 Unlike the HTC EVO 3D, which uses a parallax barrier technology to deliver autosteroscopic 3D, the film made by Pic3D for iOS devices rely on a lenticular lens system. The maker promises that the film will provide up to 90 percent light transmission levels and a viewing angle of up to 120 degrees.

Also, unlike 3D-specific handsets like the EVO 3D and Thrill 4G, the iPhone 4’s hardware modification will not allow users to capture images and videos in 3D as the Apple smartphone lacks the dual-rear cameras for 3D photo and video encoding.

Like the HTC EVO 3D and the LG Thrill 4G, adding a 3D hardware layer to the screen is only one step. For the technology to work, users would still need to have content created for 3D viewing, including videos, pictures, apps, games, and movies. The maker says that 3D-encoded user-generated YouTube videos should work, and that they are releasing a Windows program to help users create and convert existing content into 3D content suitable for viewing with the Pic3D hardware film on iOS devices.

In addition to creating 3D films for iOS devices, there will also be 3D films for notebooks, laptops, and monitors as well.