AT&T may become more than just an American telecommunications brand as it eyes a European expansion by taking over Europe-based Vodafone. The acquisition may represent another interesting chapter for AT&T as the wireless industry is changing and shifting since a failed bid to take over Deutsche Telekom’s T-Mobile US business several years ago. Since then, Vodafone is in the process of selling its 45-percent stake in Verizon Wireless to partner Verizon Communications. The deal for AT&T to acquire Vodafone would likely not happen until the Verizon deal is completed, else AT&T may itself owning a 45 percent stake in its largest rival, a situation that American regulators would likely not approve of.

According to a report on Bloomberg, talks are still in the early stages between AT&T and Vodafone, with neither company having entered formal talks.

The deal with AT&T could help spur mobile broadband development and adoption in Europe. 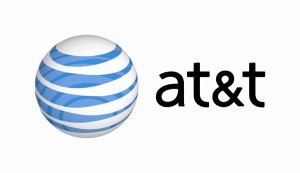 According to reported sources, AT&T is also eyeing UK carrier EE as a backup plan. EE is a venture formed by T-Mobile and Orange in the UK. This plan B alternative could allow AT&T to have a European home base while it eyes future expansion.

Vodafone also operates businesses in emerging markets, such as Africa and India. AT&T would likely not be interested in those properties and could package those assets and sell them to other carriers, such as America Mobil or China Mobile.

By operating on a global scale, AT&T could likely deliver more value to its customers, especially where roaming is concerned. In a surprising announcement last month, rival T-Mobile US had announced a move that now allows its customers to roam freely in a number of countries around the world with no roaming plan for data and more affordable roaming rates for voice calls. Customers on that network would not have to sign up for an international plan. By operating businesses in the U.S. and in Europe,AT&T could bring such an incentive to its customers.

AT&T could also benefit in negotiating with manufacturers like Apple and Samsung to bring handsets to its network.

As talks are described to still be preliminary, AT&T may decide in the end to not proceed with the acquisition.

It’s unclear if the deal would meet the requirements for regulatory approval. Late last month, it was reported that any European expansion that’s planned by AT&T may be under tough scrutiny considering that the carrier had cooperated with the U.S. government with NSA monitoring.