Remember the Peek? The email-only device that debuted back in 2008 to a bunch of scoffing from tech journalists and a ton of love from regular users? Sadly, the Peek reached the end of its life recently.

The company behind the handheld is shutting down the service. They’re going to focus on smartphone software from now on.

Back when the Peek first showed up I saw a lot of fist-shaking at it for being a single-purpose device. Who wants to pay $19.95 a month just to get your email? Why not just get a smartphone?

The people who always shout “why not just get a smartphone?” or “No one needs X anymore, everyone has a smartphone” always forget that smartphones are expensive, require expensive monthly fees, and are complicated machines. People looking for simplicity who don’t have a lot of money and only really need email access on the go apparently made up a sizeable chunk of the mobile device market a few years ago. 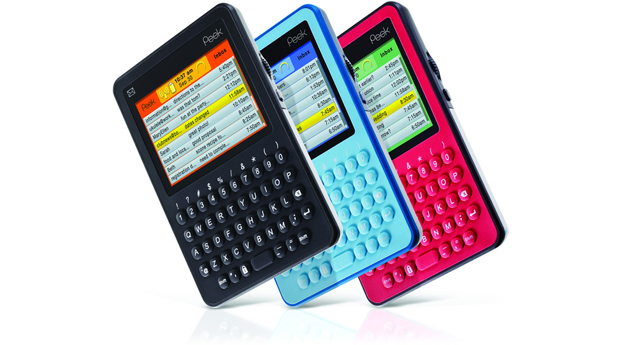 Sadly, Peek fell victim to the silly nattering of the single-purpose device naysayers and tried to make the Peek more of a smartphone with the Peek 9. TechCrunch points out that it’s likely in trying to make the Peek do more that they lost users. It was no longer a simple device once Facebook, Twitter, Maps, RSS and more joined the party.

I’m a fan of well-made single-purpose devices, and I liked the Peek. To this day I rarely encounter a keyboard that good on a fancy, expensive smartphone. I wish some manufacturer would just buy the rights to the Peek design and make an Android handset out of it.

The screen needs to be a bit bigger, but not too much (just look at the Motorola XPRT), but please keep those keys. They were comfortable to type on whether you had nails or not. That comes from having a device specifically designed for typing. Do one thing, do it well, right?

Apparently there are still thousands of Peek devices sitting in warehouses and the company isn’t interested in sitting on them forever. They’re offering the units to hackers and giving them a bit of support in making something new from the ashes. If someone can hack Android 2.1 on the thing, let me know. I will scoop it up in a hurry.