Wavii was introduced earlier this year, and allowed users to enable their Facebook account and have the service present them information they might like based on their previous Likes. After initially asking for the user’s interests, Wavii would then learn more about the user by monitoring their likes on Wavii in an effort to provide the service with an even more accurate profile of their reading habits. 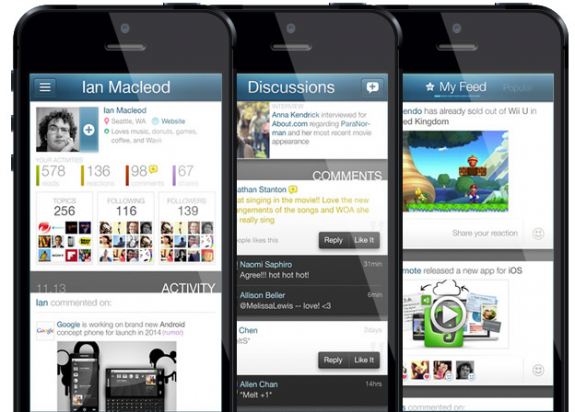 As of today’s purchase, Wavii will be shut down, and it’s entire product team will go to work at Google’s headquarters in Mountain View, California. According to a message left on the company’s website by CEO Adrian Aoun, the entire team will be using its “natural language research” at Google to create new products and services. That message included no other hints of the things users can expect from the team, though it did thank fans for their interest in the service saying,

“To all of our loyal Wavii users, we owe you a big thanks for all of your feedback and involvement throughout this journey. We look forward to taking our technology to the next level and delighting you with what we come up with next!”

It did note that whatever Google will be using the company’s language research for would be “useful to millions of people around the world.” Early reports had indicated that Google would be introducing a new news service of some kind to replace Google Reader.

The Verge does note that Google appears to be making a play at bringing content creation under its own umbrella instead of relying on the content curation of others like it currently does with Google Reader. That service is scheduled to be shut down on July 1st. It used RSS or Really Simple Syndication feeds to aggregate content from sources that users added.

A potential service using Wavii’s technology could be able to interact with the Google News service and actively find the content that users might be interested in with relatively little in the way of guidance by the user.

Yahoo recently purchased its Summly, another application that seeks to make it easier for users to find and read news and information more easily. At the time of the $30 million acquisition it was believed that Yahoo would be integrating it into it services.

Yahoo recently redesigned its Yahoo News iOS application to includes integration with Summly’s services. In an interview with The Next Web, Summly’s 15-year old creator Nick D’Aloisio declared that, “Summly solves the need for more concise and efficient content consumption while browsing on mobile devices”.