Apparently a maps application combined with Google’s mapping product won’t happen for some time, with Google saying in the statement announcing the purchase that Waze would continue to operate separately from the rest of the Google “for now.”

The company does say that it’s “excited about the prospect of enhancing Google Maps with some of the traffic update features provide by Waze and enhancing Waze with Google’s search abilities,” though it doesn’t give any sort of exact timeline for when either might happen. 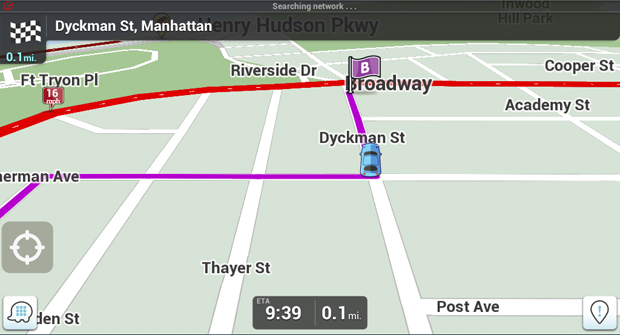 Rumors earlier this year indicated that Apple had looked into purchasing the company, but they immediately died down after sources talked to CNET and TechCrunch completely debunked the rumors. The new real-time directions could complement the dynamic routing functionality that was announced to be coming to iOS and Android users sometime later this year during Google’s Keynote at Google I/O 2013.

Waze itself is powered by its user base, and uses the devices of users running the application to gather all the real-time data and traffic information that users might need. Users can then send the service alerts about accidents, speeding traps, road conditions and even fuel prices in the area.

Previous rumors of a Waze purchase by Google had indicated a price of around $1 billion for the application.

Google’s purchase of Waze comes a day after Apple announced that its upcoming iOS 7 version of the Siri voice assistant would ditch Google’s search engine in favor of relying on Microsoft’s Bing search engine for some queries, a process that began with the removal of YouTube from the iPhone’s preinstalled applications and replacing Google Maps with its own in-house service mapping service.

Apple’s Apple Maps currently relies on data provided by Waze. It is unknown how today’s purchase might change that relationship.