Yesterday it was big news that Google is going to acquire Nest Labs. Nest Labs has been a success in the home automation industry with its thermostats and is now moving into smoke and carbon monoxide detectors. Nest Labs has been an early leader in the Internet of Things, wherein we use the Internet to improve facets of our lives by connecting to smart devices that take care of some of our daily chores. Google also has seen success and wants more of it as it prepares to enter more into our homes and other aspects of life. But there’s an interesting piece of the story that some, perhaps even Google, should find concerning. 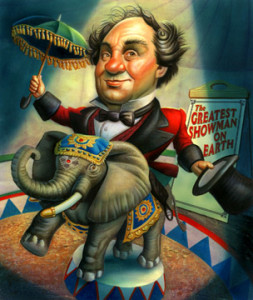 The Internet’s reaction yesterday was filled with comments and commentary that focused on what Google would do with all of that data it collected via Nest solutions. This was despite statements from Nest and Google that said the data collected would remain with Nest and only be used to help further develop future products. I have to admit, my thoughts went to the negative immediately as well. Those out front statements are telling in that they proved Google and Nest Labs knew those concerns would be part of the reaction. No one seems to be buying those statements.

Why is that? Well, there has always been a healthy and inherent skepticism of any corporate or government claims about most issues. That’s a good thing. It shows that at least some are paying attention and willing to ask important questions when the need arises. But there is a shady side here as well, that doesn’t go hand in hand with all of the lofty talk of improving the world, depending on your view. And that is simply that we have no trust in these statements or the people making them.

Should we? History tells us not to. Google has had a few bumps in the road when it comes to trust issues before, as have many corporations. Technological capability and potential has out paced our ability to form ethical parameters and laws around what these advances offer. Google’s famous “Do No Evil” mantra has been challenged time and time again. And typically, when these kinds of ethical friction moments bump up against each other, corporate interests win out over user and consumer interests. That’s not just the case with Google, but with many corporations.

Set aside for the moment that there are obviously good things to come from this kind of technological merger. There are. I’ve personally think this merger or acquisition has some potentially great benefits. But, it often makes one wonder what the people who make these kind of decisions and statements feel like when they find themselves met with a collective wave of “yeah, right.” How does that feel when your corporate image is met with so much distrust that it proves your brand communication strategy just doesn’t work at all? The cynic would say it doesn’t matter as long as you’re able to count the money correctly. Other cynics would say P.T. Barnum was correct and corporations need suckers to not only be born every minute, but to keep using their services.

Time will tell if Google and Nest’s statements hold true. I somehow doubt they will, but that’s my personal skeptical opinion. When you lead with a defense that anticipates a certain public reaction, and then that defense fails, well, then you’ve already lost a big part of your battle. Some would argue you’ve lost a piece of your soul as well.