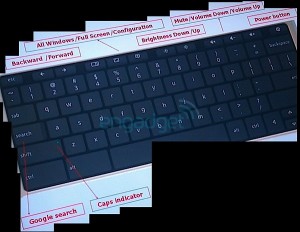 According to various reports Google is finally going to unveil its Chrome OS Netbook on Tuesday, December 7. In addition sources are saying that Google’s Chrome Web Store will be announced at the same time. Pictures of a Chrome OS keyboard have surfaced and this is fueling lots of talk. Word is also bouncing around that these will begin shipping on December 14. Invites have gone out for a “Chrome Event” on December 7, so I guess we’ll know on Tuesday what the skinny is.

Since I’ve been one of the folks who think this all may be too little too late, I’m curious to know what your thoughts are. Are you interested in a Chrome OS device? Let us know in the comments yes or no.