Google’s Chrome browser for Android and iOS is one of the best browsing experiences around for mobile devices, and today it’s getting even better. After testing some impressive features for months in the beta channel, a new update is finally available for Android and iOS.

Chrome for Android and iOS received an update today that’s added a feature many have been using for months. It’s called data compression and the main focus is squeezing more web browsing into less data, which could essentially save smartphone owners from having data overages and paying addition fees on top of a phone bill. 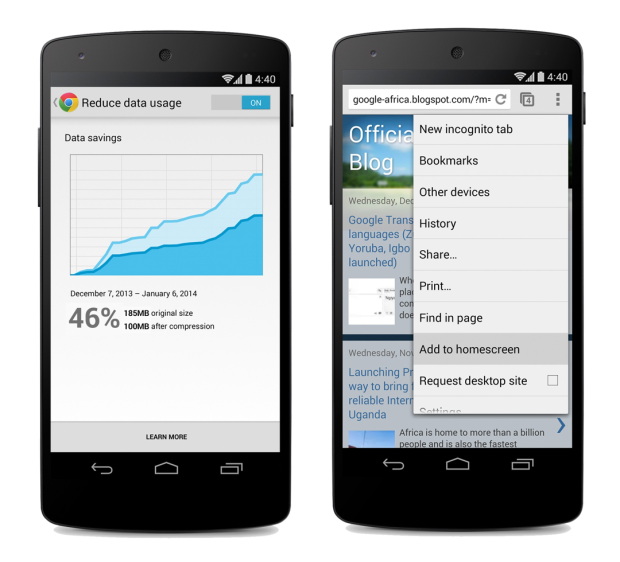 Google’s been working hard at improving web browsing across all devices, but lately the main focus has been on Android and iOS, for obvious reasons. The update to the Chrome Browser for mobile devices brings some much needed features beta users have been enjoying for months and months, and even iOS owners have something new.

Data compression and bandwidth management is a big one, which manages to keep your data usage in check while browsing the web. In some cases it can lower data usage by as much as 46%, which could be the difference of your kids going over a 1GB data plan from Verizon or AT&T. So yes, this is an awesome feature everyone can benefit from.

You’ll need to enable the data compression in settings, which is disabled by default oddly, but it’s rather simple in the browser settings menu. Then, Android users will also be happy to learn when you save a site, you can now share the bookmark right to your homescreen. Only it won’t be an ugly icon, and will appear more like a beautifully designed app icon you can click to instantly head to your favorite website, like Gottabemobile.com 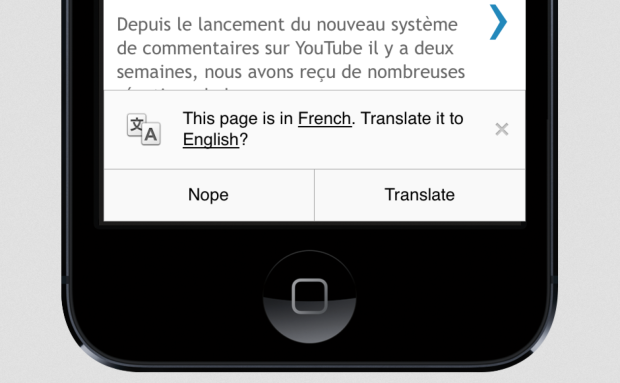 Then, iOS users are getting a feature we’ve had on Android for a long long while now, and that’s the automatic translation bar shown above. If you browse to a page outside of your devices language of choice, a Google translation bar instantly appears for your convenience.

The newly updated Google Chrome for Android and iOS is rolling out this week from Google Play and Apple’s App Store.