Today at the second day of Google I/O, Google announced two models of Chrome OS powered Chromebooks made by Samsung and Acer, which will be available to consumers around the world starting June 15th. 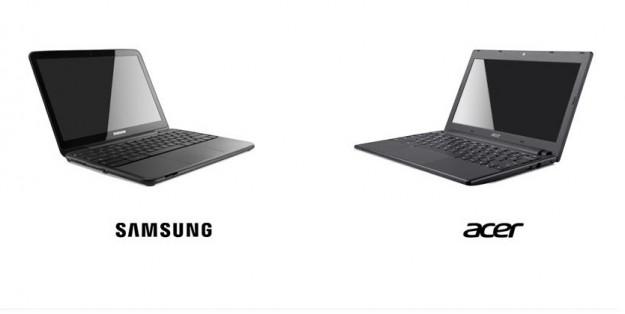 The announcement is the culmination of the CR-48 pilot program that was launched last year at Google’s Chrome OS event in San Francisco where the company announced its intentions of bringing Chrome OS powered laptops to the market at some point this year.

The first Chromebook, made by Samsung, will feature:

It’ll also be available in two different colors. The Samsung Chromebook will cost $ 429 for the Wi-Fi only version while the model with built-in 3G will cost $499 in the United States.

The Acer version of the Chromebook will be different and it will feature a smaller design. Other features of the Acer Chromebook include:

Acer’s Chromebook will be available for $349 and up when it hits retail shelves.

The Chromebooks will be available online starting June 15th through Amazon and Best Buy and they will launch not only in the U.S. but in the UK, France, Germany, Spain, Italy, and the Netherlands.