With the new Google Chromecast Ultra adds 4K streaming to any 4K TV with a $69 device that plugs into your HDTV to upgrade to a smart TV or to add a better Smart TV experience than you got when you bought the TV.

The new Chromecast Ultra supports 4K, HDR and Dolby Vision which means you’ll get access to all the latest s4K streaming goodies if your TV supports it.

Google sticks with a familiar design, a small puck that connects to the HDMI port on the back of your TV and then to power without requiring a spot on your entertainment stand.

Like the other Chromecast devices, the Chromecast Ultra works with Android, iPhone, iPad and Chrome on a laptop. You can only use some iPhone and iPad apps to stream to the Chomecast.

The new Chromecast is 1.8 times faster than the 1080P model, it includes better WiFi connectivity and there is an ethernet port in the power adapter if you need a wired connection to stream your 4K content.

Not everything will stream at 4K on the Chromecast Ultra. Services need to support 4K, the show or movie you want must be in 4k and you need a fast enough Internet connection for this to work. 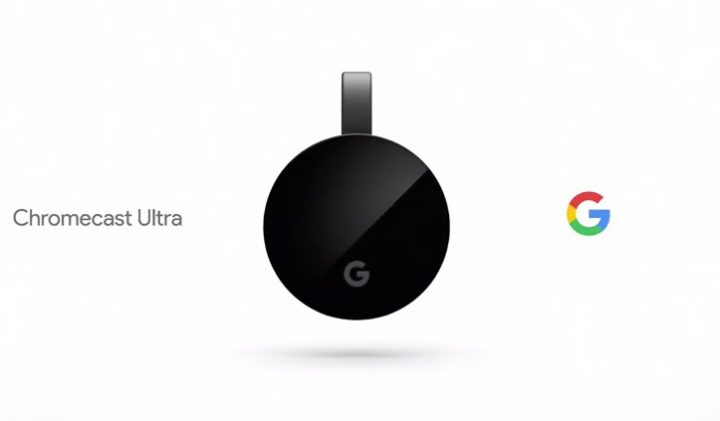 This is the Chromecast Ultra.

Chromecast services include Netflix in 4K, and Google Play movies in 4K (in November). You can also stream YouTube in 4K to the Chromecast Ultra.

There are many other streaming services that work with the Chromecast Ultra, just not in 4K. These services include HBO Now, HULU, Showtime Anytime, Sling TV, Comedy Central, HBO Go, Fox Now, Epix, Crackle, MTV and many others.

The Chromecast Ultra ships in November and will then appear in other retailers for the holiday season. Google will continue to sell the Chromecast and Chromecast audio.