There’s a new version of Google Plus for Android and iPhone users.

On March 25, Google shipped an update to Google Plus for Android and iPhone users that contains new features designed to make posting updates and sharing photos easier.

With this update (Google Plus version 4.4 on the iPhone) users will now be able to make use of basic photo editing tools. These include the ability to rotate and crop. Also, the ability to adjust saturation, contrast, brightness and instantly compare changes made to a photo to its original. 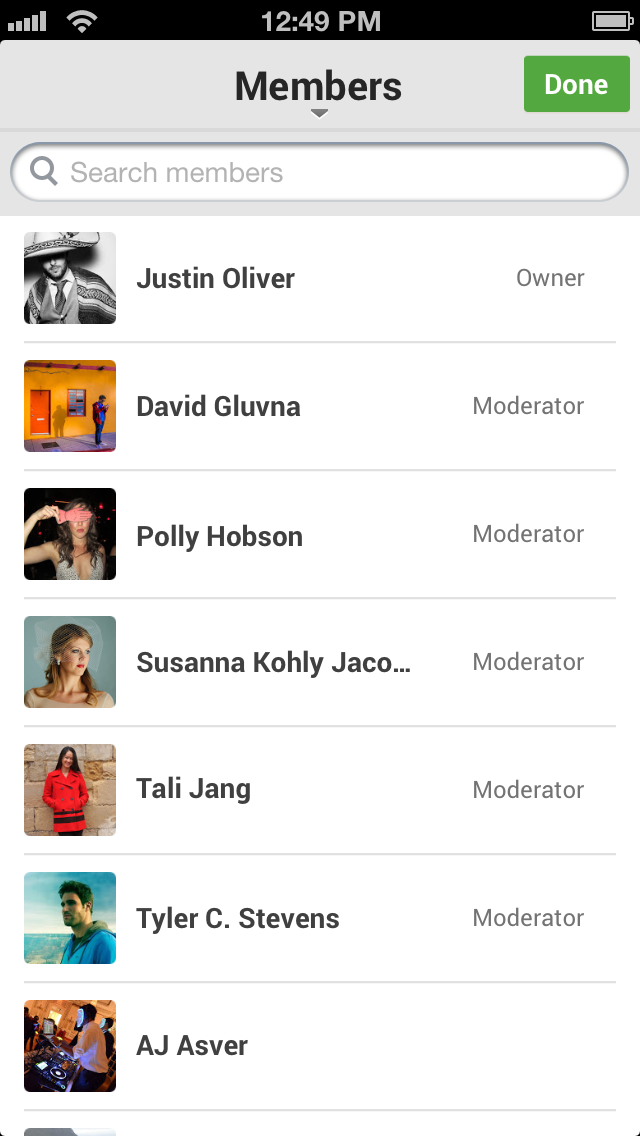 Some of the new member role editing options for communities in Google Plus.

Google Plus for Android users will see slight changes in nearly every way users post information. These changes include users being able to see more messages and comments without having to dive into each status update, the ability to tap attachments (like photos and videos) to instantly view larger versions, and other display changes.

Google Plus on Android now also includes the option to display a user’s current physical location, as determined by GPS, on their Google Plus profile.

Both Android and iOS users will find new community controls. These include the ability to send invites, reshare items, the ability to search for members, moderate content, as well as tag items as spam and remove them from their community’s page.

Since launching in June of 2011 Google Plus has amassed some 500 million users, according to Google itself, though only 235 million of these users are regularly active. While most see the service as a social networking destination, the company has moved to position the service as an interactive layer between all of its services including Gmail, Google Docs and the soon to be retired Google Reader.

Windows Phone users won’t be involved in this week’s update. That platform, along with users of Windows 8, don’t have access to a first-party app for the service. According to Google they won’t likely see one in the short-term.

When cornered about whether Windows 8 and Windows Phone 8 users could expect an app of some sort, Product Director for Google Apps Clay Bavor declared that users just weren’t showing up to either platform in large numbers: “We are very careful about where we invest and will go where the users are but they are not on Windows Phone or Windows 8.”

Users of those platforms will have to keep their friends informed of their activities using the Google Plus mobile website.