Can new kid on the block, Google Drive, take on Dropbox, the current king of file syncing? Check out our Google Drive vs. Dropbox comparison to find out how the services compare.

Google finally launch their much-anticipated Google Drive cloud storage service, which holds up to 5GB of data for free and adds extra storage to your Gmail account. It’s possible that traditional cloud storage services might start shaking in their boots as the behemoth Google pushes into their realm.

Let me show you whether the new cloud storage service can compete with the more traditional cloud storage and sync service Dropbox in a feature-for-feature competition.

Both Google Drive and Dropbox offer a free account, Google with 5GB and Dropbox offering only 2GB. With Google, when you upgrade your Google Drive to one of their premium plans, you also add 25GB of Gmail storage on top of the 25GB of storage, all the way up to 16TB of paid storage. Dropbox doesn’t offer an email service so they can’t compete with this added feature. 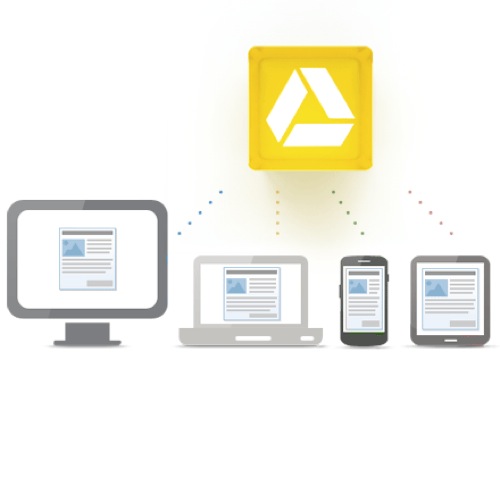 The monthly cost for upgraded Google Drive accounts ranges from $2.49/month to nearly $800/month. Here’s the cost-per-month break down for Google Drive.

By comparison, here’s the Dropbox cost per month and year.

For enterprise users it’s hard to compare the two services directly. A 5-user Team costs $795/year for 1TB of storage and $125/year for more team members. If you compare that to Google Drive by breaking it up into a per user cost, 1TB divided by fiver users equals 200GB at a cost of about $200/year.

The average user won’t see a difference in the price of the two services. Most people will only need the 5GB of storage that both offer free. If you want more than 5GB, Google Drive wins costing about half as much. Google Drive costs one-fourth the price of Dropbox using the 100GB/month price, the cheapest plan offered by both services.

Google Drive and Dropbox offer many of the same features including the following: 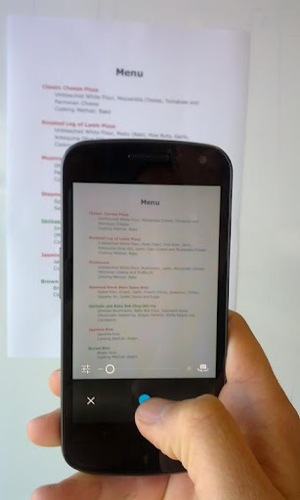 Google Drive with Google Docs gives you optical character recognition, or OCR, a cool feature not supported by Dropbox. You can upload an image of a document taken with your iPhone or Android phone and the access it in Google Docs. You can then search for text in the image or edit the document.

You can also search for photos of objects or places like the White House in your shots from a trip to Washington. Search for White House and the photos will show up in the results.

Dropbox streams audio files directly from the web interface. To get this feature from Google you must exit Google Drive and use Google Play because it’s not integrated into Drive like Docs is. Your Google Play music storage doesn’t count against your Google Drive storage amount, but having the streaming built into the file storage service makes it more convenient. I suspect Google will link them in the future, but now that’s a plus in the Dropbox column.

Image preview works better in Google Drive than Dropbox. Both will let you open a file and see it online before downloading it. However, Google Drive shows a file preview as you hover over the file while Dropbox doesn’t. 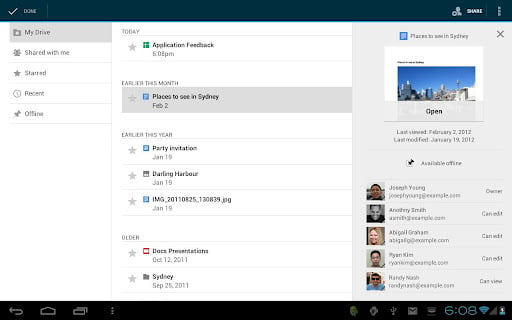 Since Google didn’t launch with a complete collection of Google Drive mobile apps for all platforms, Dropbox wins this one easily. If you’re a Windows or Mac user, you’re covered once Google Drive goes live on your Google account. Google also offers an Android app, but no Google Drive iPhone, Google Drive iPad or Windows Mobile apps. 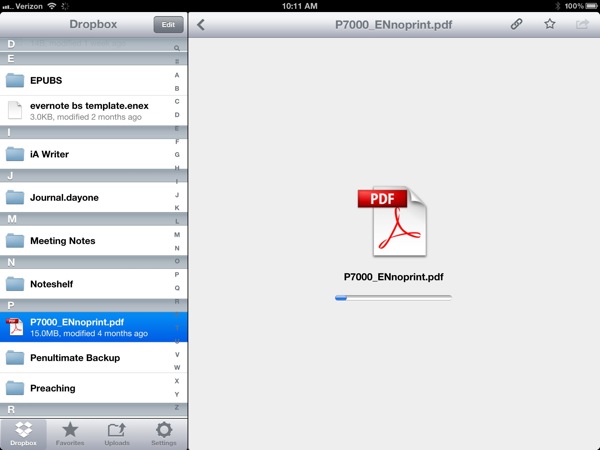 Dropbox offers a Linux app on the computer and an iPhone and iPad app for iOS. Blackberry users can use Dropbox too.

Windows Phone users can’t user either, but they have Skydrive a Microsoft service comparable to Google Drive

Unless a cloud service offers all the features anyone might want, they will have to offer a good API that lets developers create good third-party apps for users access their content.

On my iPad I can edit documents using one of a number of third-party office suites and store those in either Dropbox or Google Docs. Since Docs works so closely with Drive, this shouldn’t change. 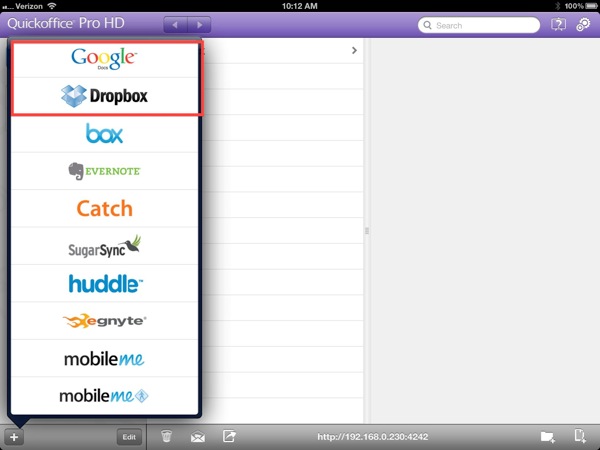 You can edit documents stored in both in many apps. You can save content created on your mobile device or computer to both using multiple apps.

Dropbox has a slight edge, with more apps supporting the use of its service, but not an overwhelming amount.

It’s early in the life of Google Drive, but Gmail has so many users that I think a lot of them will switch, or at least add Google Drive to their digital tools.

Google Drive is a new player in file syncing, but the user base and integration of Google Docs gives Google’s new service an edge. Factor in the cheaper storage upgrade pricing and Google Drive is a better fit for users that need more than 5GB of storage.

With both services offering free storage, there’s no reason not to try both. Stream your music from Dropbox and store your documents and images in Google Drive. You get 10GB for free that way.