So far, one of the biggest obstacles to Google’s Chrome OS has been the ridiculously large amount of enterprise applications that are only available to desktops and laptops running Microsoft’s Windows ecosystem. That advantage could be a thing of the past soon, however. Google announced is teaming up with VMWare to bring Windows app compatibility to Chromebooks and Chromeboxes.

Google announced the move in a post on its Google Enterprise blog this week. Essentially, Google is hoping that large and small businesses will buy Chrome OS desktops and portables then load up Windows applications by using VMWare’s Horizon system to run Windows Apps. VMWare Horizon creates a connection between the user’s Chromebook and a VMWare server. It’s that server that’s actually running the Windows apps. 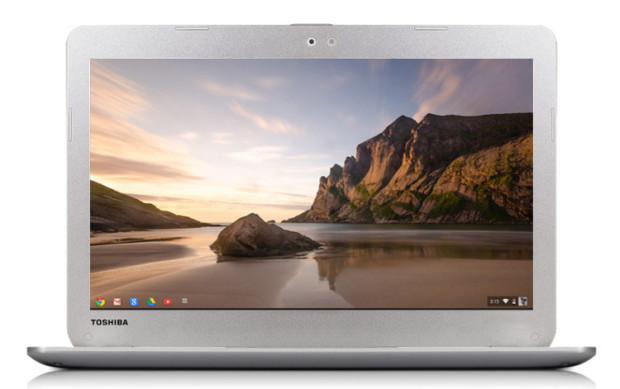 Google is hoping to use the new system as a way to attract more businesses to Chrome OS. Like Android on smartphones, Windows boasts the most robust selection of apps and games for desktops and laptops.

It’s also definitely not a coincidence that Google is announcing such a partnership as Microsoft prepares to pull the plug on the patches that businesses have been downloading to keep Windows XP from being a major security risk. The theory is that these users should be more receptive to Chrome OS since their needs haven’t even required them to upgrade to more recent and secure versions of Windows.

Google’s announcement of this project came on the same day that a single report indicated that Microsoft might be planning to use a similar scheme to overcome its app deficit in smartphones. That report indicated that Microsoft was considering allowing Windows Phone users to install Android apps. In theory, the scheme would allow Microsoft to grow its share of users while making Windows Phone’s app deficit a non-issue.

Google says that it plans to make access to VMWare Horizon available as an app in the Chrome Web Store sometime soon.