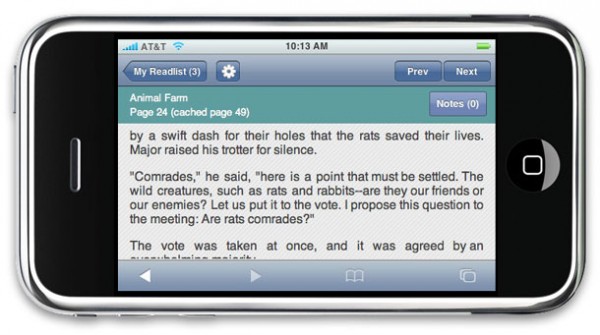 Ah the eBook wars. The fight continues as everyone wants you to purchase books from their store and use their device. Amazon is the behemoth in this struggle due to its large catalog and the ubiquity of its Kindle App, and I would venture also its Kindle devices. But the others still compete, although you could argue they are competing by following Amazon’s lead by and large.

That may, or may not, be about to change as Google appears to be getting ready to launch a new front in the eBook wars with Google Editions, its long awaited attempt at the market. According to the Wall St. Journal, some independent publishers have been exchanging files with Google of late and things are heating up, leading to speculation that we could see this happen later this month. It is still too early to tell, but it looks like this will all be done in a browser. Readers can purchase books from multiple online retailers and those purchases would get tied back to your Google account.

The WSJ article slants their coverage towards what kind of opportunities this can offer to smaller independent booksellers and I guess that could be a boon there. Much is still unknown, and Google’s efforts in putting this together have certainly been fraught with all sorts of challenges so far. I expect that will probably continue on some level. Google will have to compete on a variety of levels that include selection, seamless purchasing, and awareness. It can be argued that Google doesn’t have that great an eye towards the retail experience, or at least hasn’t proven this yet. Going up against Amazon will make that challenge even greater. That said, this will introduce a big new effort into what is almost a well worn campaign by many players to capture your reading (purchasing).