Confirming that the original model will be getting updated and explorers have 60 days to trade in the original v1 of Google Glass for the newer design. While we don’t know what all is different, Google just posted the first photos of the new v1.1 (or v2) of the Google Glass hardware. There’s a few important changes they’ve made to Glass, even if you can’t see too many at first glance, and we’ll go over what we know so far below. 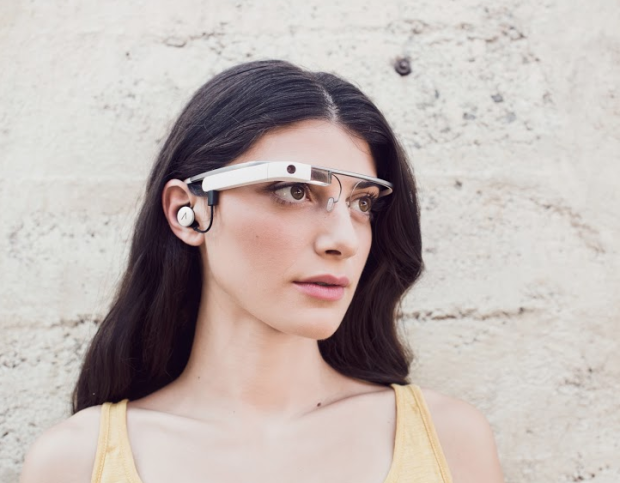 Google Glass will now work excellent with prescription glasses, something many have had issues with in the past. Confirming right on the Google+ post that the new model will be customizable, in a way. Users will be able to detach and remove the titanium band that’s attached to Glass, and replace it with their own prescription eye wear. I’m hoping I can throw these on my Ray Bans, but that’s a stretch. They claim it will be a modular design, so there is hope.

Second, and probably most notable is the brand new Mono-earbud for Glass. We’ll still enjoy the bone conduction feature that enabled audio with no earbud or headphones, but hearing people on calls was an issue with the first iteration of Glass. This new and improved model will support a single earbud, which look like they plug into the already available micro-USB port for charging. Google didn’t confirm any other details around the mono earbud, but we’ll be learning more as soon as we get a pair, which are on the way. 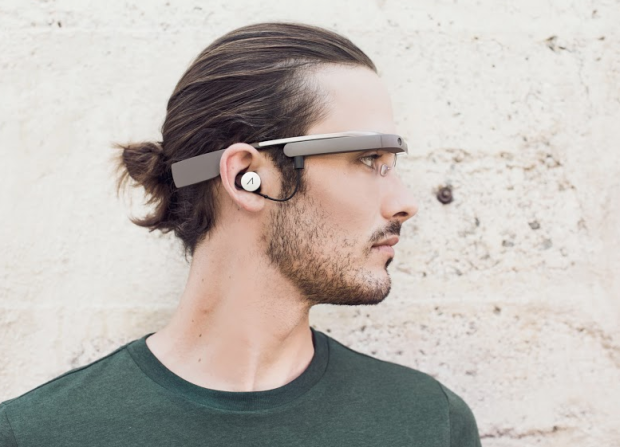 Some users are reporting the back is slightly bigger, which houses the battery, and the revised wearable device could have a larger battery, but that’s yet to be confirmed. A quick look doesn’t show many changes, and we’ll be prying for additional details.

Another idea is the bottom has been slightly redesigned to improve the overall visual experience with Glass. Some had light reflections getting in the way of viewing the 640 x 360 display inside of Google Glass. It looks like the color and plastic frame extends further, to cover up any area that was potentially leaking light in, but that’s just a guess.

Read: Google Glass 2 May Already Be in the Works

This newly redesigned frame and set of Google Glass should be hitting Explorers sometime “later this year,” which is when Google said users will be able to swap for the original pair. They’ve also opened up the program allowing early adopters to invite three friends to get Glass, in which we’re assuming all those explorers will receive the newly redesigned smart glasses.