Technology and sports are slowly but surely merging, but no one expected NBA Basketball players to actually wear smart glasses while warming up, shooting, or even during an actual NBA game, but that’s about to change.

If you’ve ever wanted to see that first-person view of what it’s like to play and star in an NBA game, not to mention get a real courtside view, Google’s wearable computing Glasses will be doing exactly that later this month. Confirmed this afternoon by the Sacramento Kings organization, part of the team will be wearing Google Glass vs the Indiana Pacers on January 24th, sponsored by a company called CrowdOptic, who aims to deliver a new experience for the crowd. 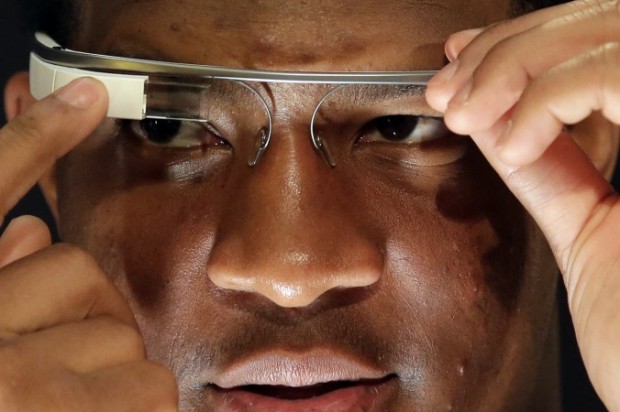 CrowdOptic wants to bring a brand new era of watching sports to fans by streaming live video captured from Google Glass, and other mediums, and display it on TV screens, smartphones, and even the jumbotron inside most NBA arenas.

In it’s current form Google Glass is a bit too fragile and big to actually be worn during a live game, due to the physical and fast nature, so sadly we won’t be seeing any actual live in-game footage. However, the Kings will be wearing Google Glass during warm ups, during the intro running onto the court, and even the stars will wear them courtside while on the bench. The options are limited for now, but the Kings President is already sharing his vision of the future.

“Fans could simply aim their smart devices to inherit someone else’s Google Glass view, or evaluate concessions lines. It is just a matter of time before Google Glass is an integral part of the fan experience of watching live sports.” — Kings President Chris Granger.

It sounds like I’ll be wearing my Google Glass and watching the Kings vs Pacers come January 24th (Friday) to see the possible future of sports. We’ve seen some NFL teams wear Glass during a few 5-minute practice drills, but being able to experience warm-ups and actual game-time from an NBA bench will be an experience worth watching.

There’s no details on how us viewers can enjoy the game through Glass come Friday, but we should be learning more shortly.