Google Glass will arrive in stores by the end of 2013. It will work with Android or iPhone, and cost less than the $1500 Explorer Editions of the glasses.

The Verge reports that Google aims to have Google Glass in user’s hands by the end of the year. The team also wants to bring the price down from the price of the early Explorer Edition of Google Glass.

Another report from The Verge says Google Glass will have a Wi-Fi radio and GPS. When outside of Wi-Fi, the device can connect to either an iPhone or Android smartphone to use 3G or 4G LTE data. That’s good news for iPhone users who now know Google Glass will work with their smartphone of choice.

It doesn’t sound like Google Glass will communicate with smartphones beyond just tethering with them for access to the internet. 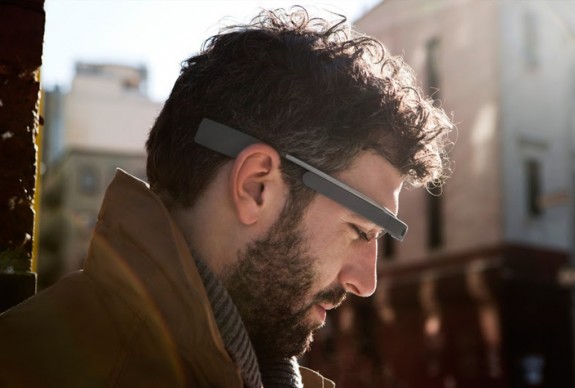 The model of Google Glass users can hopefully buy later this year may look different from the model Google showed off recently. The consumer release will be the “fully-polished” version of Google Glass, so the team may make a few tweaks. The basic design seems unlikely to change, however.

Google stores will also help the company sell its Nexus phones and Nexus tablets. The stores can also showcase Chromebooks such as the expensive Chromebook Pixel the company recently announced.

Google recently released a video of what Google Glass will look like, but even then its hard to know the exact experience of wearing the glasses. The video showed a small semi-transparent display in the upper right corner of the video that showed a range of information to the user.