Google Glass, Google’s wearable headset accessory for smartphones, can do a lot of things like translate languages and show text messages in real-time. One thing it can’t do is actually play music in stereo sound. However, new reports indicate that this could change in the very near future.

According to The New York Times, Google is planning to announce a software update and a new accessory that will turn Google Glass into a portable music DJ. It’s the report’s assertion that this coming software update will allow Glass users to browse their playlists, identify songs that are already being played around them and search Google Play for specific songs they already like.

This update won’t allow just Glass to act like just a wireless headset. Instead of relying on the user’s smartphone, this software update would allow wearers to control the entire experience through voice commands. While the report says that Google will add support for more music services over time, Google Glass’ music functionality will only support Google Play Music All Access, the cloud-powered music streaming service that Google began offering to Android users earlier this year. 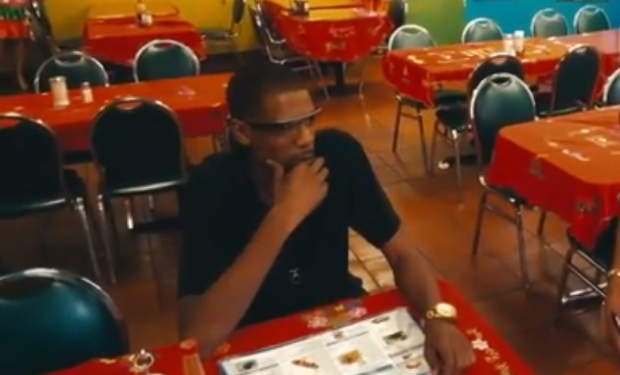 While streaming music playback and song identification – dubbed Sound Search — are welcome additions to Google Glass repertoire of other features, the news isn’t so good for users who might actually like to use Google Glass as their only music player without paying more to the Google Glass Explorer program. Allegedly, the earbuds that this functionality will require could cost users $85. That’s on top of the $1500 users already paid to become part of the Glass Explorer program.

A new video featuring D.J. Guru using the new music functionality of Google Glass also surfaced today, giving users an in-depth look at what they can expect once they’ve downloaded the update and purchased the Google Glass-specific headphones.

Google recently added the ability for users to search their calendar and get more accurate directions. Google Glass isn’t available on store shelves just yet. Users who wish to get an early version of the headset will need an invite from a user who already has Google Glass.