When Google launches its Google Glass to consumers by the end of the year, the Internet search giant has confirmed that its heads-up display wearable computing device will in fact support the use of prescription lenses. This news is important as Google Glass is intended to be worn near the eye and users will interact heavily with the display to call up information. 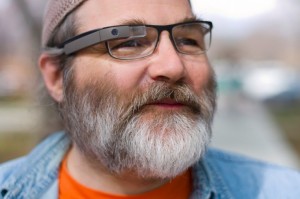 In fact, according to a Google statement to The Next Web, Google intends for Glass to be a modular device where users can switch out various components of the glass experience.

The Glass design is modular, so you will be able to add frames and lenses that match your prescription. We understand how important this is and we’ve been working hard on it.

The developer edition of Google Glass, which will be available first this summer for $1500, will not support prescription eyeglass lenses, unfortunately. The company had confirmed previously that the consumer edition will launch by the end of the year for a price that’s less than $1500, though Google did not specify by how much less.

Google is hoping to carve out a whole new computing category with its Android-powered Google Glass. Google has gone on to saying that the use of a smartphone can be deemed emasculating as you’re standing there tapping at the touchscreen display. With Google Glass, the company claims, users can be more social and interact with others while being more discrete about searching for information with Google Glass.

The company had recently shown off a number of apps that interact with Google Glass. Users can use voice to speak commands to Google Glass while the display shows a combination of text and images. Breaking news alerts can also pop up on Google Glass as well, as with the case of the New York Times app to keep users always abreast of the information and content that they care about.

With Google I/O around the corner in May, hopefully we’ll learn more about Google’s plans for the future of mobile computing in a post-PC world at that developer-centric show.

In addition to Google Glass, rival Apple is also speculated to be working on its own wearable computing device in the form of the much rumored iWatch.