Google, which had historically limited customer service to web forums, emails, and chat in the past, is taking a bold move in hiring 40 Google Glass advisers. The Glass Advisers will be hired in key locations in San Francisco and New York, and some will be present at Google retail stores that are said to be opening by the end of the year though the company had denied that it was looking into a retail presence strategy.

According to 9to5 Google, the purpose of the hire is a preemptive effort to quell fears before they arise that the newly created computing category may be hard to use or may be gimmicky. 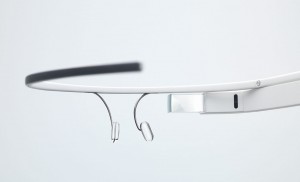 Google has a challenge to show consumers, and developers, that Google Glass would provide as much, if not more, benefit to users than operating a traditional smartphone. The company has done a lot to promote Google Glass in the year since it was initially announced at Google I/O 2012, but Google still needs to attract developers and sell the use case for Glass to a skeptical consumer audience.

Initially, Glass will cost $1500 to developers, and Google says its wearable computing eyewear will be shipping sometime next month at around the same period as the Google I/O 2013 conference is slated to take place in San Francisco, California. The Internet search giant says that the consumer version, launching later this year, will cost an unspecified amount less than the price tag that Google is charging its early developers.

And another potential location for Google Glass advisers would be Los Angeles, California. The LA location would help Google prove that wearable technology is not only technologically forward, but can usher in an era of geek chic as it courts celebrity in Hollywood.

Having a physical tech support person that customers, developers, and partners can communicate and interact with will be beneficial to Google as it introduces this unproven product category. Google’s rivals–Apple, LG, Samsung, and others–are rumored to be working with a more familiar form of wearable computing in the format of a smart watch.