If you’ve been paying attention you knew this was coming. Or you knew some of this was coming. At least eight states are considering legislation that would that would classify drivers wearing Google Glass as distracted drivers. Distracted driver laws and technology are not new to each other. With the explosion of cell phones and SMS messaging most states felt compelled to add texting as a distracted driver offense, and some states have hands free laws that require you to use Bluetooth technology of some sort if you want to talk on a cell phone while driving. 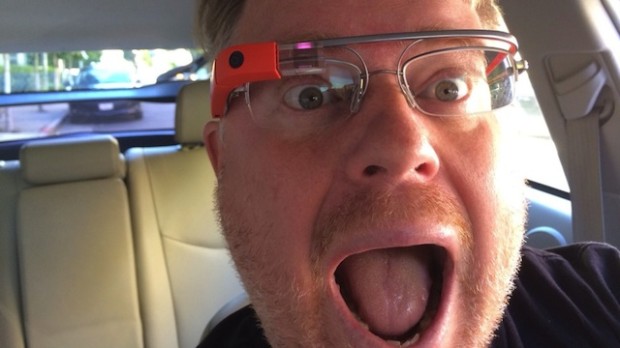 In the reactionary world of politics, typically these kind of new laws make it onto the political and legislative stage long after the technology has become prevalent and accidents that take lives occur. We’ve already seen the first court case in which a California woman was ticketed for wearing Google Glass but that case was dismissed when there was no evidence that the device was operating at the time she was pulled over for an infraction. But this may be a rare instance where legislative bodies and politicians have a chance to get ahead of an assumed mainstream adoption of technology.

But then the political and the business world work hand in hand when these kind of issues make their way into the sausage making process that is legislation. As those laws move through state legislative bodies, Google is taking an active lobbying role in trying to prevent Google Glass wears as being classified as distracted drivers. According to a Reuters report, Google has lobbyists working in Illinois, Delaware, and Missouri to try and persuade elected officials that this type of legislation is unnecessary. Other states considering the legislation say they have not been contacted by Google or didn’t respond to questions from Reuters.

According to the report, Google is trying to convince legislators that the new laws are not necessary because Google Glass is not mainstream yet. But an Illinois politician, Ira Silverstein, responded to that line of lobbying with a comment I think many will echo, “Who are they fooling?” Anyone knows that Google would like to see this product become mainstream once it is made available to the general public.

From a technological standpoint using Google Glass makes some sense given that it could conceivably be a way to keep eyes more on the road instead of glancing away at a dash mounted device. But human nature being what human nature is, there is certainly reason to believe that some drivers would use Glass, or some other wearable device to read an email or perhaps view a video while heading down the highway regardless of what the rules of the road or Glass guidelines say.

Kevin Tofel of GigaOm, who has worn Google Glass while driving, has a compelling article that lay out his thoughts on the potential conflicts this new technology could cause while operating a moving vehicle. If you’re following the debate that article is worth a read.

To Google’s credit, and perhaps its detriment in this debate, it is being proactive in providing a guidance and a list of do’s and don’ts about using Google Glass, as well as operating seminars around the country to educate the public about how Glass works. Google believes that having users wear the device actually increases their understanding of the usability. From a cynical political point of view, I don’t expect we’ll see many politicians sporting Google Glass in public after a visit by a Google lobbyist though.

The real crux of the matter here in my thinking, regardless of how you feel about the technology, comes back to the intersection of human nature and technology. With most innovations there are no stop signs available when we first see technology advances become a trend with users. When the use of that technology creates problems, that forces legislative bodies to put the brakes on after so many have already become accustomed to integrating the technology into their lives, or in this case their driving habits.

Should legislators act preemptively and as Google fears, prematurely, in this case? That’s a good question. Quite frankly, without a preconceived outcome in mind, I would much rather the debate be happening at this point in the evolution of wearable devices than after the fact, when passions have a greater chance of inhibiting rational discussion. But then, again, the politics of lawmaking often has very little to do with rational or reasonable thought.

Lenses may be focused on Google Glass in this debate at the moment, but with technology companies looking at bringing a host of wearable devices to market in the next year or two, other devices may catch similar attention. Can you imagine the dicey discernment that would have to occur if someone declared that a multi-featured smart watch was a driving distraction given how long humans have been wearing watches?