Google is apparently working on Google Maps for the iPhone and iPad though neither application is expected to be finished soon.

According to The New York Times, Google has begun to work on standalone Google Maps app for both the iPhone and iPad. Evidently, Google is aiming toward finishing the application by the end of 2012.

If and when the project is completed, the app will still need to be approved by Apple for its App Store, something that is going to be entirely up to Apple. 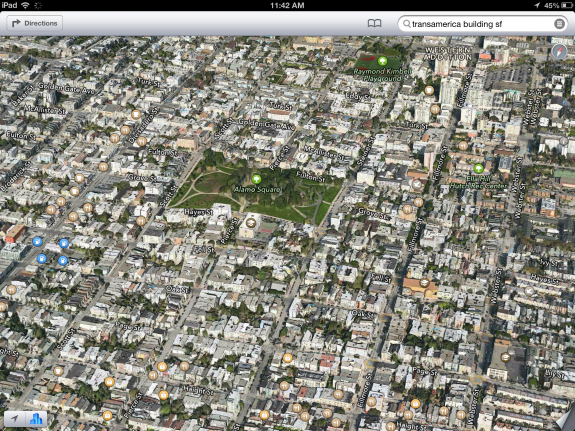 iOS 6 users may get a standalone Google Maps app to replace Apple’s Maps in the coming months.

Apple breaking off its Google Maps contract one year early caught Google off-guard, so much so, that it is apparently the main reason why it will take several months before a Google Maps app for iPhone and iPad is completed. Another reason is that Google wants to include 3D imagery similar to Apple’s in the app which is going to take extra time to code.

The news comes just a day after Google CEO Eric Schmidt said that Google had not yet begun to work on a Google Maps app for the iPhone or the iPad. Schmidt also said that if such an app would get released, there was still no guarantee it would become available to iPhone and iPad users due to the fact that Apple would have to approve it for the App Store.

Since the launch of iOS 6, Apple’s new Maps application, which replaced Google Maps as the native navigation app on the iPhone and iPad, has come under fire due to the amount of bugs that are contained within the software.

Apple’s Maps are plagued with inaccurate data from mislabeled points of interest to wonky looking 3D models. The issues have led many to cry out for a return to Google Maps or at least, a widespread fix for the issues.

Apple has said that it will be ironing out the issues and in the meantime, iOS 6 users can report bugs in an effort to clean up the software.

Those who still wish to use Google Maps can still use them, though, it will have to be done through the browser.