Google is following on the heels of Amazon and beating Apple to the cloud music storage arena with its new Google Music Beta service. For now it is in closed beta requiring an invitation. Users can sign up for an invite now. When they finally get an invite, users can begin to sync their audio files between their computer, Android smart phone and Android tablet. 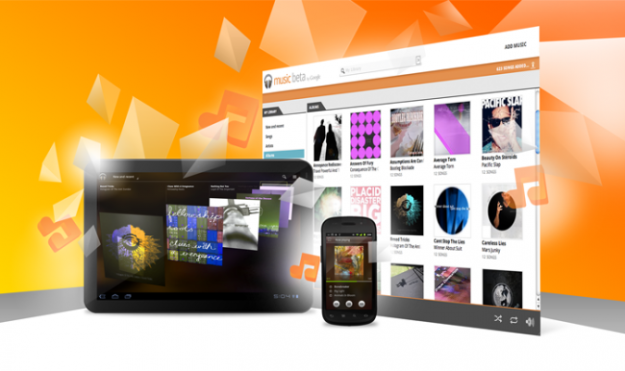 The desktop software will allow you to organize all of your music and audio files. It will then upload the files to a cloud storage service, which is free for up to 20,000 songs while in beta. With the Android phone and tablet apps you can also create mixes and playlists on the fly.

Google doesn’t currently have any deals in place with the big music labels thanks most likely to the hardball the music labels are playing with Google, Amazon and probably Apple. Google is obviously taking the same leap that Amazon did assuming they are going to be able to win court battles that will almost certainly result.

One of the cool things Google also announced to work in conjunction with this new service is some near field communication tools that could be potentially incorporated into music purchased on CDs. Imagine if a new CD had an NFC chip in the packaging. Google will allow manufacturers to incorporate tools that will sense the chip and instead of having to put a CD into a drive and rip it, you could instantly have the music added to the cloud storage service once the CD is in close proximity to the stereo unit with the Google tools incorporated. Then, tap the CD to the NFC device again and it will begin playing the music.

This sounds awesome. The problem is with the current legal atmosphere there is no way this will see the light of day in any meaningful way. The music industry will never incorporate such NFC devices in their CDs. Even if some company does include the technology in a stereo system, the recording industry will work very hard to sue it out of existence. We hope to be wrong about this, but we expect this technology to end up about as successful as Google TV thanks to the copyright holders who are trying to protect their old business models.