Today we witnessed a technological marvel. Google’s Nexus 5 and Android KitKat announcements were poetry in motion. News about both devices leaked out weeks in advance, and most Android flagship devices won’t see Android 4.4 KitKat for months – if at all. Still, in one day users are able to get all the details about the next version of Android, and purchase a device with it pre-loaded for delivery in just a week. That’s impressive.

Today’s Nexus launch started making me think more about Microsoft’s proposed buyout of Nokia’s Devices and Services division. Just last month the company announced that it would purchase the outfit that is responsible for around 90% of Windows Phone Devices sales. With Windows Phone and its largest hardware vendor now under one roof, is this Nexus-style launch something Windows Phone users should hope for?

I hope the answer is yes.

Hear me out, Google’s approach to launching versions of its own branded headset is just what Windows Phone needs to end the long string of complicated headaches that stem from having too many entities involved in Windows Phone development. Previous releases of Windows Phone required that Microsoft, the hardware vendor and a carrier all work together to release just one small update. With Microsoft and Nokia Devices together, couldn’t software updates come to Nokia users faster? 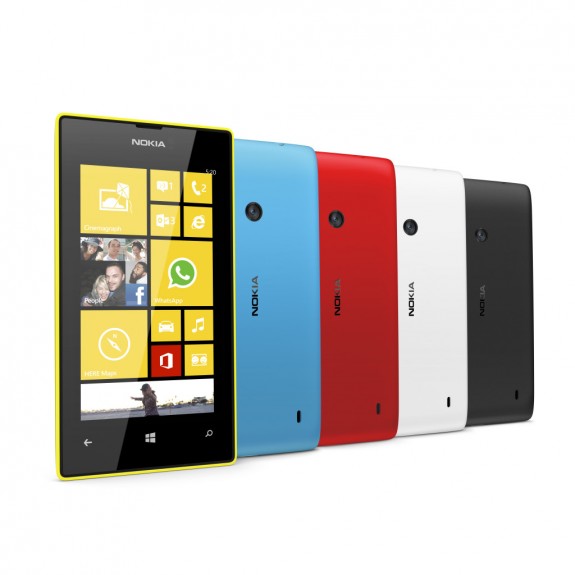 Then there’s the possibility that Microsoft could finally create a version of Windows Phone that’s just as reasonably priced as the Nexus 5 and doesn’t require users to pay upwards of $500 or sign a two-year contract. Unlike with Google and Motorola, there aren’t any complications created by outside vendors. With 90% of the market, Nokia is Windows Phone’s only hope of mounting any sort of challenge against Apple or Google. Sweeping the device under the rug like Google does with the Nexus line would be suicide. Microsoft wouldn’t just want to market their phone, they’d need to market it or risk losing in the mobile space altogether. Imagine a world when Microsoft could market devices like the $100 Lumia 520 directly to consumers.

We don’t have any information about what Microsoft has planned for Nokia. It could turn out that the company simply decides to rebrand Nokia and set up some artificial firewall between the two entities. That’s what Google did after it purchased Motorola in 2011, and so far we haven’t seen much in the way of new thinking from the company.

For Windows Phone’s sake I hope Microsoft takes a look at Google’s approach and learns from what works. Selling your own devices in your own online store works. Creating a device that users can buy and get a pure experience is the obvious thing to do. Selling that device directly to consumers without a two-year contract just makes sense.

I don’t like Android personally, but boy am I hoping Microsoft is taking a few notes.