Google Nexus Smartwatch Rumors Heat Up Thanks to New Platform

This week Google’s head of Android, Sundar Pichai, took the stage during a media event and announced a brand new platform for wearable devices running Android.

Rumors of a Google Nexus smartwatch go back into mid-2013, with many reports suggesting a Nexus smartwatch would launch with the Nexus 5, and even more recent we’ve heard a Google Now smartwatch from HTC is coming later this year. While these are still only reports, today Google’s own head of Android let the rumors heat back up by announcing a new developer SDK and platform for Android-based wearables. If this wasn’t a sign Google’s ready to embrace wearables beyond Google Glass, we don’t know what is. 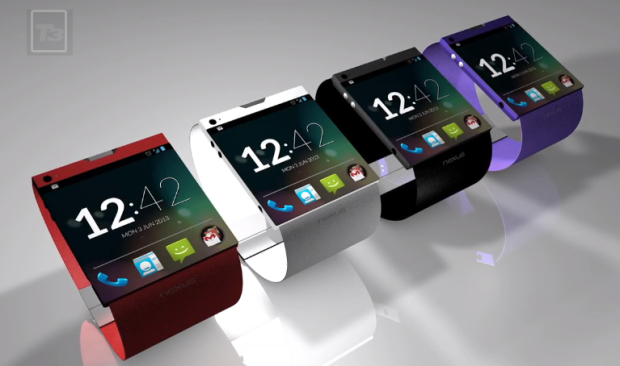 According to Engadget Sundar Pichai confirmed a brand new set of developer tools and a full SDK for wearable Android devices will be released in the next two weeks. This means Google will have a brand new platform and set of tools that will allow developers to prepare for more wearable devices.

Things like Google Glass, smartwatches, fitness bands, and anything else you can imagine when thinking of wearable technology. Obviously the first that comes to mind is the smartwatch, which has plenty of excitement with the Samsung Galaxy Gear series, the rumored iWatch, and of course anything from Google and the Nexus brand.

Back in October of 2013 the Wall Street Journal had sources confirm a Google smartwatch was months away, and currently under heavy development. While we’ve yet to hear more details on that, it’s clear that Google is about to further embrace wearables, and help developers make this line of product and Android devices succeed.

In late June Google will hold its annual I/O developer conference, which many expect to be the platform the company uses to launch a new device like a Nexus Smartwatch or even a game-console, but at the moment these are all just light rumors that need to be taken with a grain of salt.

So while we can’t confirm Google actually has a smartwatch and other wearables beyond Google Glass in store, the company releasing a brand new SDK for wearable technology pretty much fills in the blanks. We’ll know more once the SDK arrives in a few weeks, and as Google I/O approaches later this year.