Google Now is the star of Android 4.1 Jelly Bean, much like Siri was the highlight of IOS 5 on the iPhone.

Phones and tablets running Android 4.1 Jelly Bean are able to search with Google Now and show alerts based on past searches and activities. In many ways Google Now is a smarter search aware version of Siri.

While Google Now is already out on the Nexus 7 tablet and many Nexus devices, it has not arrived on the Samsung Galaxy S III or the Galaxy Note. It’s not clear if Jelly Bean will launch on the Galaxy Note 2 later this month, but if it does Samsung might include their own voice assistant, S-Voice.

Google doesn’t require OEMs to include Google Now as part of the Google Mobile Services, but if they do, Google Now can work in tandem with Siri and other voice assistants on Android.

If Samsung includes Google Now on Jelly Bean for the Galaxy S III, users will be able to choose between S-Voice and Google Now just as they would pick a browser or a preferred app to use when opening a file.

Google Now uses the android.intent.action.ASSIST to open when a user slides the lock screen up or taps on the search button. 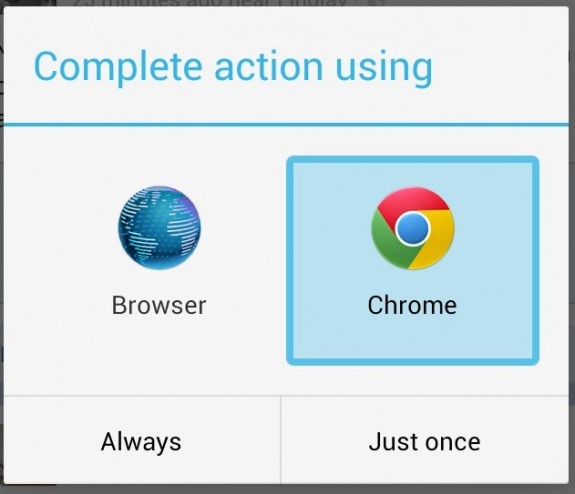 Android 4.1 allows users to pick an assistant, like they can pick a browser.

If another assistant app is installed on the phone, this lets users pick the assistant they want to use. This is an option users can change if they want to switch to a different assistant on Android.

Even if Samsung and other manufacturers leave Google Now off the device in favor of apps like S-Voice it’s possible the community will port a version of Google Now which a user can pick as their default search and assistant app. Hopefully Samsung and others include Google Now out of the gate, and allow users to make their own choice.

Google Voice Search now offers a Google Now-like app on the iPhone, but Apple’s iOS does not allow users to pick a new assistant over Siri.

Check out everything Google Now is capable of in the video below.