After having re-branded its digital storefronts from Android Market to Google Play, early problems with the Google Play app forced Google to quickly deploy and push out a new update. Early adopters to the Google Play storefront noticed that some of the link to the store was broken and even if the store loaded, apps and content that are highlighted on the store’s main page did not automatically refresh or update. Fortunately, Google has responded quickly and is now pushing out a new Google Play Store app update, which brings the app to version 3.4.7. 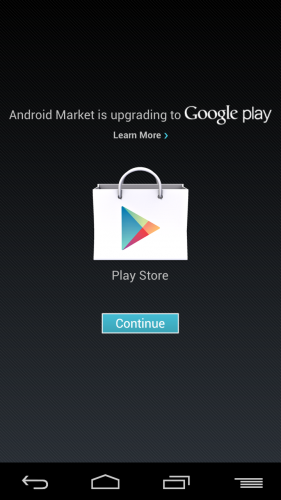 Users noted that early issue with the old update affected Motorola devices more than other brands.