December is here and along with it comes holiday cheer, warm drinks, and of course the Google Santa Tracker. Santa and his elves are back at the North Pole anxiously getting ready for Christmas Eve, and to help us all follow jolly old St. Nicholas travel around the world and deliver gifts is Google’s awesome Santa Tracker. Only this year we have an overhauled app, Santa games, elves and more to help us out.

Microsoft and NORAD just released their own Santa Tracker, and now Google’s revealed its own version for 2013 complete with Chromecast support and an improved Android app. Not to mention a different Santa and reindeer game each and every day of December. You’ll want to head to Google and Santa’s Village to get started, and return every day this month to see what it has to offer, then on Christmas Eve you’ll be able to track every move Santa makes. 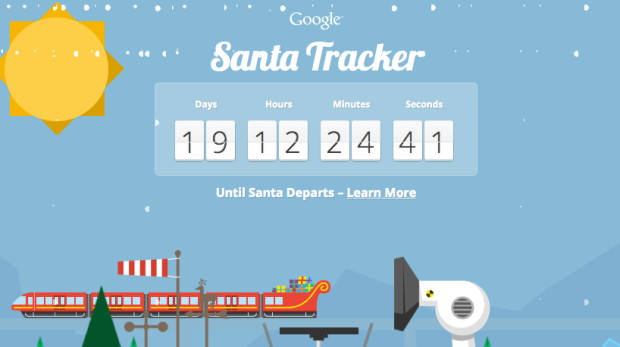 The Santa Village page is open now and has all sorts of fun videos, and even a Reindeer racing game, one where I accidentally ran over Santa. Then each day of December a new game will give you plenty to do as we count down the days to Christmas. Google will be releasing the official Google Santa Tracker app for smartphones and tablets later this month, and there’s even a Chrome Web Store version for those who’d rather follow on a laptop.

The new Android app will have full Chromecast support, meaning we can track Santa right from our living room on the bigscreen TV so the entire family can join in, which is nice. Here’s a look at what to expect.

If you’d like to enjoy the holiday season and spirit with a little help from Google this is a great way to do so. The Santa Tracker is always a cool spin on the Christmas holiday, and we’ll update as soon as the official app is available for Android and iOS devices. Google will also have an app for Google Glass, and Santa may even wear a pair to help him navigate the globe hands-free.

Make sure to fire up the app or head to the Santa Village page linked to above to get the latest up-to-date information on Santa and his sleigh.