As many Android users know, Google has been spending a lot of time and effort on Google Now and Search, not to mention made it a key feature on the Nexus 5. Originally called the Google Experience Launcher, Google could be preparing to release a launcher to the Play Store.

Launchers take over the look and feel of the main screen of our smartphones, and there’s plenty of popular options like Nova available today. However, the newly revealed Google Now Launcher could soon arrive in the Google Play Store, and offer a way for all smartphone owners to get that classic stock Android look and feel. As in, this would replace the HTC Sense UI and Samsung interface changes of your main screen. 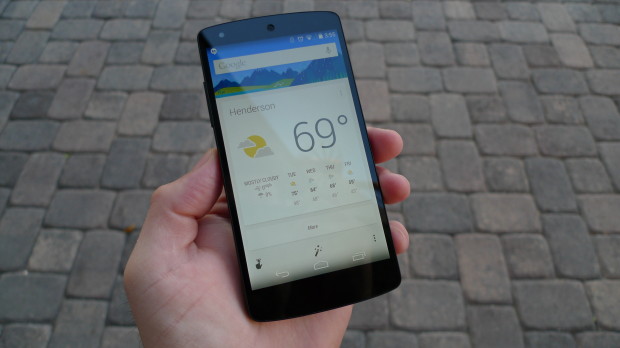 Today along with multiple other Google apps, Google Search was updated with a few small changes and bug fixes. What the changelog didn’t state is Google’s now officially rolled out the “Google Now Launcher” to the Nexus 5. Currently that experience is exclusive to the Nexus 5, but things could be about to change.

The Launcher gives the Nexus 5 its unique look with slightly larger icons over other Android devices, not to mention makes a left-swipe on your homescreen instantly take you to Google Now for instant searches, navigation directions, reminders, and everything else the powerful Google Now feature offers. In the future we could see Google delivering this for all Android users, through an app on the Play Store. 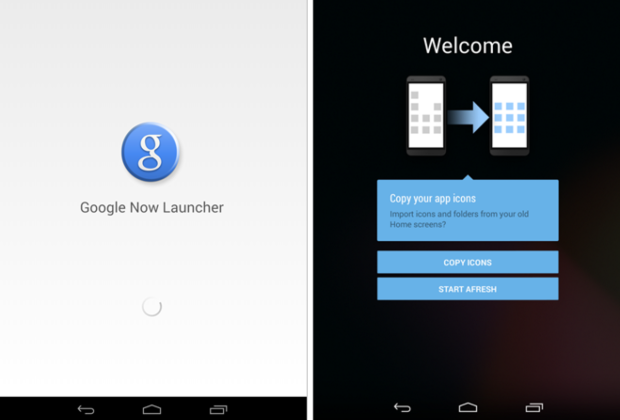 The image above, courtesy of AndroidPolice actually shows Google’s new Now Launcher importing all of a users app icons from their current launcher (think stock Samsung TouchWiz or HTC’s Sense) and puts them in the new launcher. Meaning you won’t have to re-setup your phone homescreens, but you’ll instantly have that stock Google look and feel. It’s an interesting development, and could be one of many pieces Google is putting in place as they move ahead with Android.

Lately we’re hearing Google could end the Nexus program and instead offer more of the Google Play Edition smartphones on the Play Store. Just like the Galaxy S4, HTC One, Moto G, LG G Pad 8.3 and more that are available on Google Play with stock Android.

The newly revealed Google Now Launcher could be Google’s plan to deliver a seamless and smooth stock Android look, feel, and experience to any Android owner that wants it. Rather than being stuck on a manufacture skin that changes everything.