Due to an email glitch, some Google Wallet users had received a scary notification alerting them that their Google Wallet account was recently activated on a new device even though those customers did not make such actions. Fortunately, though, that was a glitch and Google is saying that customers have nothing to worry about. The company had confirmed to The Next Web that this is only a false alarm and that there is no cause for concern. Google also reassured users that no personal information was compromised. 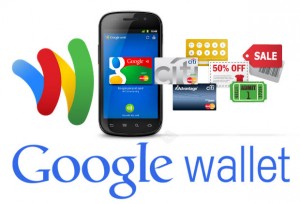 As a safety precaution, we notify users whenever a new device is added to their Google Wallet account. Earlier this week there was an email delivery issue causing some users to incorrectly receive this notice. The issue has been corrected, and no accounts or personal information were compromised.

Even if Google Wallet is compromised, hackers wouldn’t have access to the original user’s credit card information. The concern here is that if hackers have your username and password to Google Wallet, other Google services may be compromised, including access to Gmail, Google Docs, YouTube, and Google Plus.

Google is leveraging Google Wallet not only for use as an NFC-based mobile wallet on smartphones, but also as a digital payment processing standard similar to eBay’s PayPal service. The company will be facing competition in the mobile wallet arena in the U.S. from carriers such as AT&T Mobility, T-Mobile US, and Verizon Wireless as the trio is launching the competing ISIS service nationwide by the end of the year.