When Motorola Mobility unveiled the original Motorola Atrix for AT&T alongside the Webtop OS and the Lapdock mobile computing accessory, it was one of the coolest ideas to emerge out from CES 2011. However, the implementation was another story and the experience was encumbered by lags and bugs and the solution wasn’t quite an ideal replacement for a notebook or netbook.

Now that Google has taken reigns over Motorola Mobility following the acquisition of the smartphone-maker, Phone News is reporting that Google forced Motorola to remove the Webtop OS from its phones and the company is looking to discontinue sales of the Lapdock. It’s been reported that Verizon has been clearing out the Lapdock accessory to the bargain price of just $50. 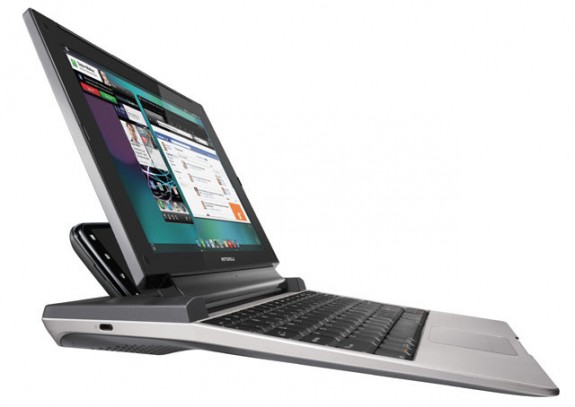 Perhaps part of the reason is that the Lapdock with Webtop OS competes directly with Google’s Chromebook initiative, which brings Google’s Chrome OS to lightweight computing notebooks with a similar form factor minus the smartphone. Additionally, early versions of Webtop ran on Linux, but did not allow users to run third-party Linux applications. Essentially, Webtop was just a portal for a full version of the Firefox browser to operate. Hampered with hardware limitations, Webtop choked on early phones. Motorola eventually updated Webtop to scale Android apps and did away with the Linux/Firefox support.

When Motorola unveiled its latest Atrix HD for AT&T, the company cited cost-saving reason as why Webtop and Lapdock were not supported.

Another company that had attempted a similar form factor in the past was Palm with its Foleo, which was eventually killed off before the device even debuted.

But perhaps, this may be a good thing in the end as resources are constrained and a Google-owned Motorola must dedicate its precious resources to updating its devices to the latest version of Android.