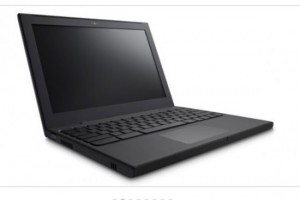 Today’s day 2 of the Google I/O conference aimed at developers and Forbes is speculating that Google may announce a Chrome subscription plan geared towards students. We’ll definitely find out soon enough once the keynote begins, but Forbes is reporting that Google will announce a hardware and software plan for students to use the Chrome netbook, the Google applications suite, and online access for a mere $20 per month.

It’s unclear how much mobile broadband access will be available for that subscription price. Most carriers charge between $40-$80 per month for higher buckets of data, though many carriers also offer a lower data bucket for less at the risk of overages or throttling.

At $20 a month for both the hardware, software, and online access, a Chrome netbook would be considerably cheaper for students to own and utilize than a competing netbook, tablet, or hybrid like the Motorola Atrix 4G on AT&T with the Laptop Dock and required tethering plan. Perhaps, Google could reverse the revolution that Apple had started with the iPad, which is seemingly killing off the netbook industry.

The publication is also speculating that the student package is a pre-cursor to an enterprise rental or subscription solution. In the enterprise market, Google is already selling access to Google Apps, an Office competitor, for $50 per year, and a bundle with a Chrome notebook wouldn’t be unlikely. By creating an inexpensive software/hardware/mobile broadband access pricing model, perhaps Google can finally make owning a 3G-enabled notebook or netbook as cheap as it is to get a mobile phone on contract.