Pocket, formerly known as Read It Later, may find a new behemoth of a competitor in Google if it launches its newly leaked Google Keep service. The aim of Pocket is to save web URL to the cloud service and then log in on the same device or a different device to read the URLs later, and it looks like Google may be launching a similar service in Keep.

According to some investigative work at Android Police, references for Google Keep were found on Google Drive: 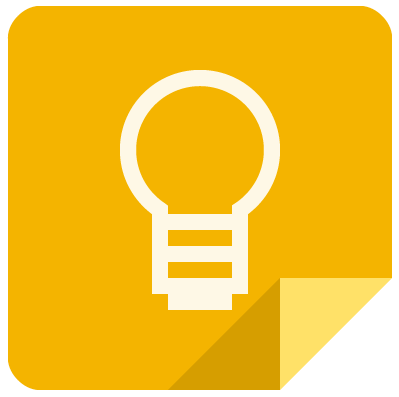 Moreover, an icon for Google Keep, which is a white light bulb icon shown on a yellow background with the lower right corner folded in, was discovered on the Google Drive source code.

Given that Google I/O is just a few months away in mid-May, this could be the perfect venue to debut Google Keep. And if Google releases the source code to developers, they can add Google Keep as a way to share links, images, and information directly within their app.

And the Google Keep reference was seen as early as July 2012 when Google was debuting its Instant Preview for mobile searches. In a screenshot, there was an ‘Add to Google Keep’ link. 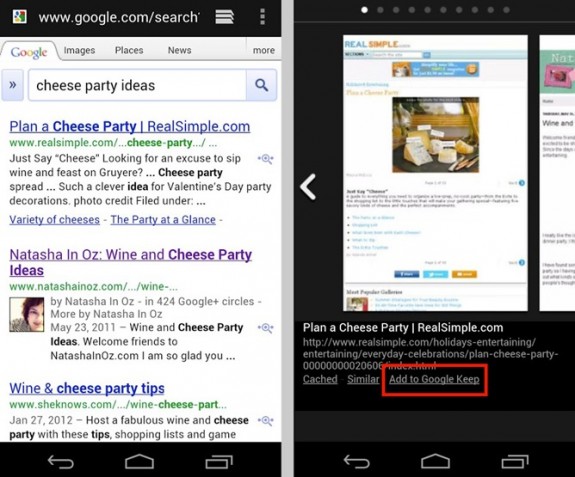 At this point, the most simple service Google could launch would be a Pocket competitor. A more complex undertaking would be a notebook-style app where Google Keep could be a repository for you to save various things from URLs to images to little snippets of web research. Google Keep could then be a full-fledged service that would directly rival notebook-like services like Evernote, Microsoft’s OneNote, and Samsung’s S Note application. This would help Google augment its productivity suite in the form of Google Docs, and also expand its Google Drive offering for a cloud-based notebook solution for web research.