Google and Intel just announced a line of new Chromebooks today at the Intel Developer Forum, and they each come packing with Intel’s latest fourth-generation Haswell processors. The companies revealed four new Chromebooks in all, two of which are from HP and Acer (current Chromebook partners), and the other two are from Toshiba and Asus, both companies which are new to Chrome hardware.

The product pages for the HP and Acer versions are live on Google’s website. The new HP Chromebook 14 sports a 14-inch display, weighs in at 4.08 lbs., and comes in at just 0.81 inches thin. Battery life is claimed to hit 9.5 hours on average, and users will get 100GB of Google Drive storage that’ll be good for two years.

As for the Acer model, it’s dubbed as “the new Acer Chromebook” and it sports an 11.6-inch display, and weighs in at a more reasonable 2.76 lbs. It’s also thinner than the HP model, measuring in at 0.75 inches thin. However, the battery life is a little less, with just 8.5 hours of usage before you’ll have to plug it in, but that’s still better than most laptops these days. 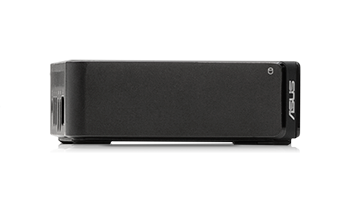 Google promises battery life improvements of up to 15%, though, and performance jumps are boosted by as much as 50% for the new Haswell Chromebooks, compared to the older Intel Atom-based models.

No other information is available at this time, but what we do know is that Asus’s Chrome device is actually a Chromebox, which is a small desktop computer device, similar to a Mac Mini. Samsung already has one, but now Asus is joining in on the fun. Pricing and availability is not yet known, although Google and Intel said that we should expect these new machines within the coming months.

While these new Chromebooks may not outdo their more expensive and more powerful brethrens, they’re finally to a point at least where they could deliver some impressive performance. Of course, the cloud-based Chrome OS is a deterrent to some users, as it’s essentially a minimalist operating system with very little to be offered for power users, but everyday consumers should be able to browse more quickly and share photos and videos at lightning speeds now.