Google has begun rolling out a software update for its Google TV technology, found within set top boxes and integrated in select TV sets, to give users access to more content. Specifically, the update now allows Google TV owners access to Google’s Play Store for movies, music, and TV shows.

The over the air update has begun rolling out at the beginning of this week but may not hit all Google TV devices at the same time. According to the Google TV official blog, the rollout will happen ‘over the next few weeks.’ 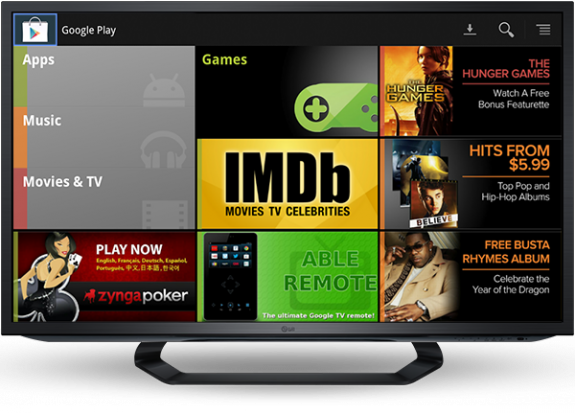 Users will now be able to rent or buy shows and movies directly on their HDTV.

In addition to content from Google’s official Play Store, users will also have access to third-party content via apps, such as those from Netflix and Amazon.

Content that is purchased from Google’s Play Store on other devices–like Android smartphones and tablets–will also now be able play those content on Google TV.