The free tool is one of my favorite services, but it falls short of being the only number you need to give people.

Currently you can make and receive calls and send and receive text messages, but Google Voice doesn’t support picture or video messages unless you have Sprint. 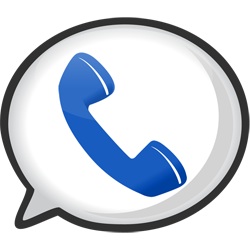 When I was using Google Voice only for business, the lack of photo messages wasn’t a problem, but now that I have switched my family members and everyone over to Google Voice, it only complicates things.

Instead of using the “One Number” I told them to use when they want to call or text, they have to remember to use a second or third number depending where they want to reach me.

Often I don’t know that messages haven’t come through until long after they were sent. I found out after CES that I missed out on many picture messages, I’m missing out on photos from my dad and just this week I missed out on a picture from my sister which I need to order a replacement battery for her computer.

Apple’s iMessage service only works between iPhones, iPads and the Mac, but it supports photos and videos for free, so perhaps Google will feel the pressure and add in support for MMS in a future Google Voice update.

What is Google Voice? Check out the video below for an introduction.