Google Wallet essentially acts like a bank account but without any annoying routing numbers or account numbers to deal with, similar to PayPal. In the past, users have been able to pay for things from their Google Wallet account by using online retailers that support the service, or send money directly to other Google Wallet users. Plus, if your phone has NFC, you’re able to “tap and pay” for items at your local store. 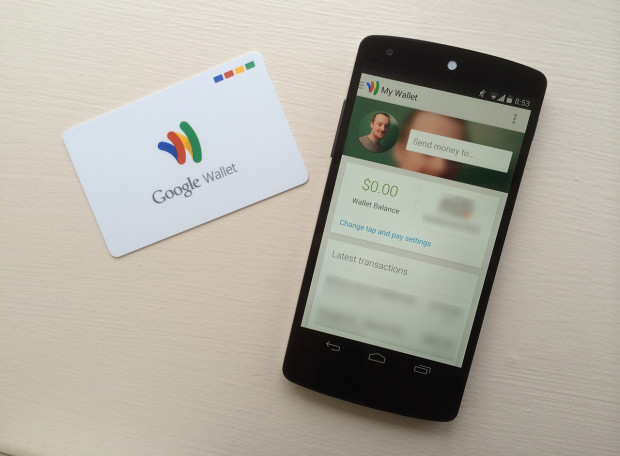 However, the Google Wallet card adds another dimension to your Google Wallet account as far as paying for goods, and it’s really easy to set up and activate your card once you get it in the mail.

First, you’ll have to update the Google Wallet app on your Android device in order to activate the card (you can also visit wallet.google.com to activate). You should see a new section in the updated app that shows the shipment status of your Google Wallet card. From here, you can tap on that section to begin the activation process when you receive the card. 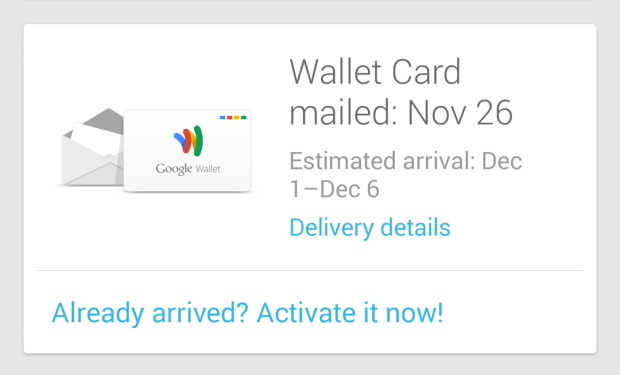 All you have to do is enter in the last four digits on the card, which are on the back of the card instead of the front (like on most credit and debit cards). Next, Google will tell you what you can do with the card, such as using the card as a normal debit card and even getting cash from an ATM, using the Google Wallet app’s PIN if ever prompted for it. 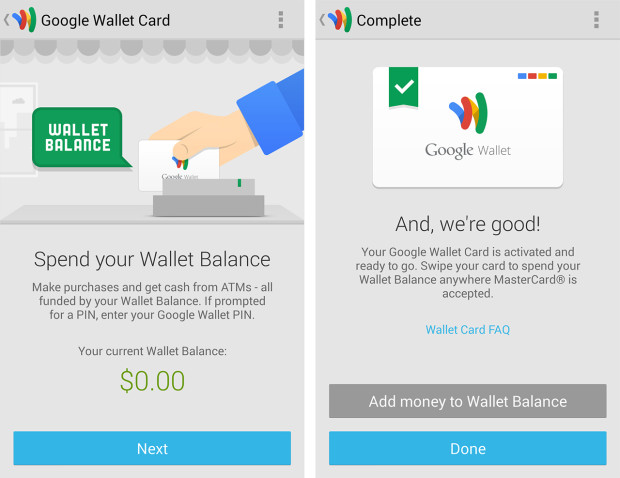 Furthermore, you’ll have to use the Google Wallet app on your phone in order to switch what credit or debit card you want to use at any particular time. With the Coin card, you can change which card you want to use just by clicking that nifty button on the card itself; it’s a bit more cumbersome to do the same thing with the Google Wallet card. It’s essentially just meant to be a debit card for your Google Wallet balance, but you can make it work as a Coin card with a little bit of extra effort. 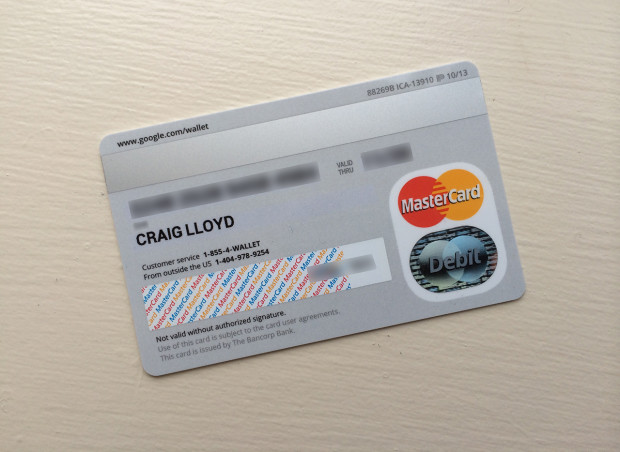 Plus, using your Google Wallet card prevents you from having to hand over your actual credit and debit cards to cashiers or waiters, exposing your credit card number and other information. Normally, these folks use integrity when you hand them your credit card and take it to the back room to ring you up, but using your Google Wallet card adds an extra layer of security, knowing that you can immediately deactivate the card right from the app on your phone if you detect any fraudulent activity.