The next version of Google Wallet will come with a physical credit card for easier transactions according to an Android Police report.

In addition to credit cards the new Google Wallet app will also let users transfer money to other people and hold a “Wallet Balance” which is likely similar to the prepaid cards available now. 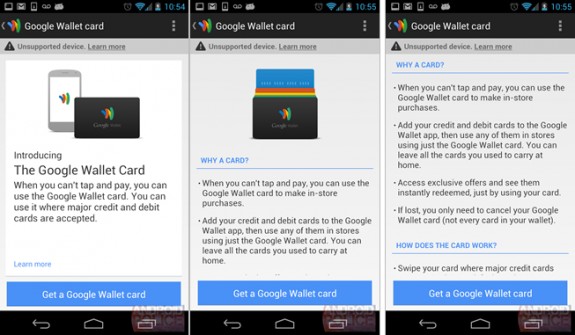 The app will also let users add transit cards. It’s not clear how transit cards will work, but the feature should help users who typically carry around a card for a subway or rail line in addition to credit cards.

The new Google Wallet Card will make it easier to use the service, as it will work anywhere that accepts major credit cards. By distancing the app from NFC Google will also let users on carriers like AT&T, Verizon, and T-Mobile use the service without buying an unlocked device.

It’s not clear when Google will start inviting users to the new Google Wallet, though this leak means the rollout may have already started.