The made in the U.S.A. Moto X may be remain stuck in North America as it turns out Europe won’t be getting any Moto X love from Google or Motorola at this time. At launch, the Moto X will be available only in the U.S., Canada, and Latin America starting in late August.

Google-owned Motorola Mobility confirmed to Pocket-lint that Motorola’s flagship smartphone won’t be available in the U.K. or Europe.

The reasoning? It’s one that HTC has used before. Rather than spread its focus thin on many devices, Motorola will try to focus on a single flagship device at this time. In an interview with TechCrunch, Motorola VP of Product Management Lior Ron says that the company will slim down its offerings.

We’ve done a lot of devices before… Now we’re going to do a few — very few. Everyone of those devices is going to really matter for consumers. 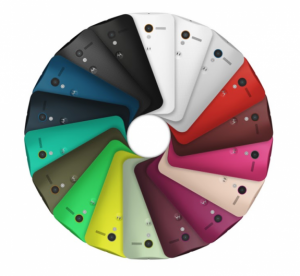 So what’s in store for Europe? It’s unclear at this time what Motorola has planned for Europe. Potentially, Motorola may re-brand the recently announced Motorola Droid Ultra, Droid Maxx, and Droid Mini for Verizon Wireless as the Motorola RAZR Ultra, RAZR Maxx, and RAZR Mini for the European markets. This was a strategy that Motorola had employed in the past with the U.S.-based Droid lineup.

Given that the internals and the hardware specs between the new Droid series and the Moto X are very similar, Europeans may not end up missing much. All recently announced Motorola Android-based smartphones come with a 10-megapixel ClearPixel camera, new custom Motorola software enhancements and always-on voice capabilities, as well as the new dual-core X8 chipset.

What Europeans won’t get as a result of not directly bringing the Moto X to that region is the lack of customization. Motorola offers over 2,000 different customization options for the Moto X, turning the flagship into a haute couture of technology at best and a hipster phone at the very least.

Another potential reason why Moto X won’t be coming to Europe is that it’s made in the U.S.A. Motorola is only able to offer a vast array of customization options while at the same time promising a quick turn-around time of around 4 days to deliver the product to North American customers since it will be made and shipped from Motorola’s Texas manufacturing facility, rather than overseas in China or another Asian country. The time and cost to ship from the Texas facility to Europe wouldn’t make sense unless Motorola could build some factories in Europe.

Motorola did hint that the Moto X family will grow, and CEO Dennis Woodside strongly suggested in a CNET interview that a low-cost variant of the Moto X will be coming. Such a model may compete directly with Apple’s budget iPhone 5C. Woodside says that the device could debut on either prepaid networks or emerging markets.